April recap: warmest days were in beginning of month

April recap: warmest days were in beginning of month

The first ten days of April made a warm-up seem promising after two 70 degree days. The rest of the month however, temperatures tanked.

April 7 was nearly one for the record books. The high temperature was 78 degrees, which is just two degrees below the record temperature for the day. Although it didn’t quite break the record, this was still 22 degrees warmer than the normal high. This was the first 70 degree day of 2020.

A day later, Michiana enjoyed more pleasant temperatures. April 8 had a high of 72, which is 14 degrees above normal.

The next day, things started to change. The high temperature on April 9 was just 47 degrees, which was five degrees below normal. This was the start of mostly below-normal temperatures for the remainder of April.

The final three weeks of April (April 10 to 30), the average mean temperature was 44.1 degrees. This is the ninth coolest for this three week period. Typically, we would expect temperatures like this during the March 24 to April 13 period, instead of the end of April.

The entire month’s mean average temperature was 45.7 degrees. This is 3.4 degrees cooler than normal, making it the 25th coolest April in history. 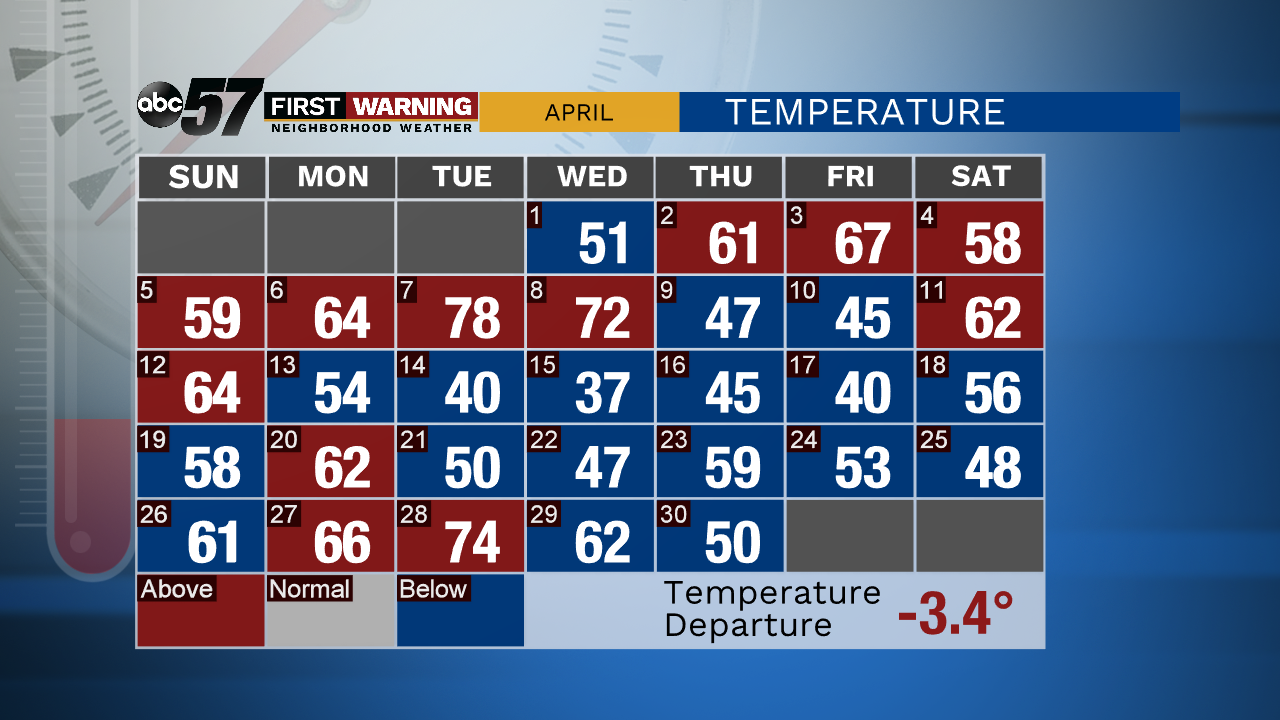 The month was also slightly wetter than normal. Normal rainfall is 3.23 inches in April. This is slightly below the 2019 rainfall total of 4.88 inches. April 2020 had a total of 4.18 inches of rain.

While most of the precipitation for the month fell as rain, there was a snowy day on April 17. 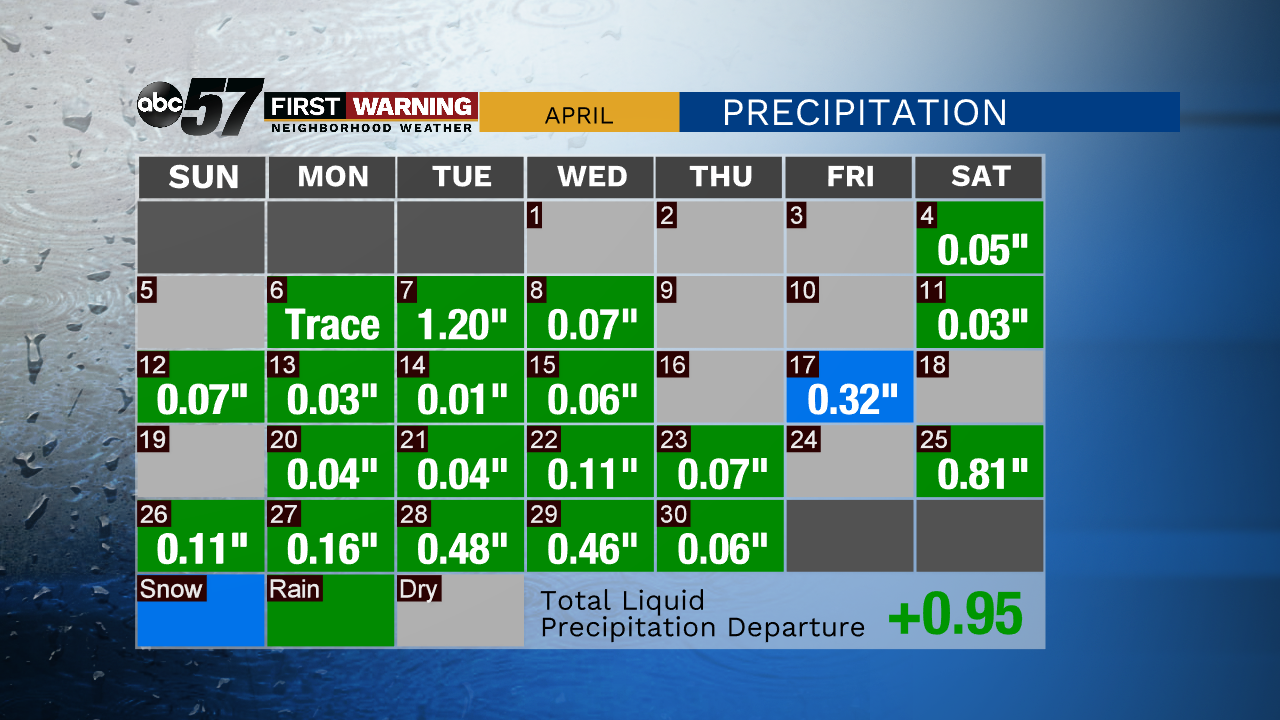 The wettest day of the month was April 7, which was also the warmest day. There was 1.20 inches of rain, setting a daily record.

With all of our cool temperatures and April showers, we can be hopeful for plenty of May flowers as temperatures start to warm again.