Archaeologists to open 2,000-year-old sarcophagus, Twitter isn't having it 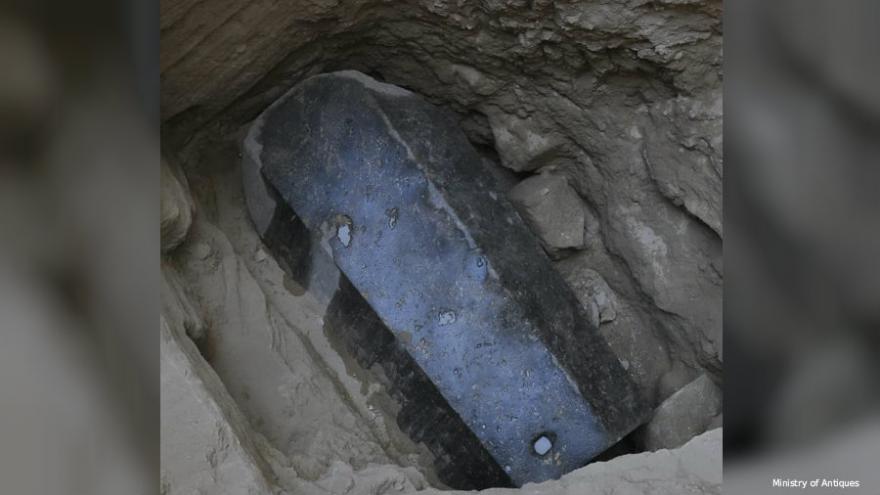 ALEXANDRIA, Egypt. -- A rare find unearthed by Egyptian archaeologists is set to be opened for inspection and examination after 2,000 years. Archaeologists are excited about the discovery but Twitter users are concerned a curse will be unleashed.

CNN reports the black granite sarcophagus is one of the largest ever found in Alexandria, Egypt.

The 6-foot coffin was buried 16 feet underground, accompanied by an alabaster head that was too worn to identify any facial features.

The sarcophagus was discovered on July 1 during a routine inspection before construction.

The site where it was found dates back to 305 and 30 BCE which is within the Ptolemaic era, according to the archaeologists.

Scientists say the tomb’s extraordinary preservation could pose for a rare opportunity to study its contents as the coffin’s seal indicates it has never been opened.

This story, which was trending on Twitter Wednesday morning, has users thinking “evil spirits” will emerge from the tomb.

*sarcophagus opens*
*evil spirit emerges*
MWAHAHAHA FINALLY.. AFTER CENTURIES AT REST, I, SUTEKH, HAVE RETURNED TO UNLEASH CHAOS UNLIKE ANYTHING YOU'VE EVER SE...
*looks around*
...did...did another unholy force beat me here?
No?
YOU guys did this? Wow.. well.. nice job I guess?

I, for one, welcome our new Zombie Mummy overlord. https://t.co/la53pcT40i

Look, I realize that by saying this I am dooming myself to be among the first victims of whatever ancient beast emerges from it, but I don't buy the idea that there's anything in that sarcophagus other than a very old mummy. OF COURSE they should open it.

And others (including local officials)– well, they expect the worst.

Like a scary movie where spirit voice says (while lamps fly across the room)“get...out...”—advice= GET OUT...
Do not open= DO NOT OPEN...

A date for the opening of the sarcophagus has not been released.