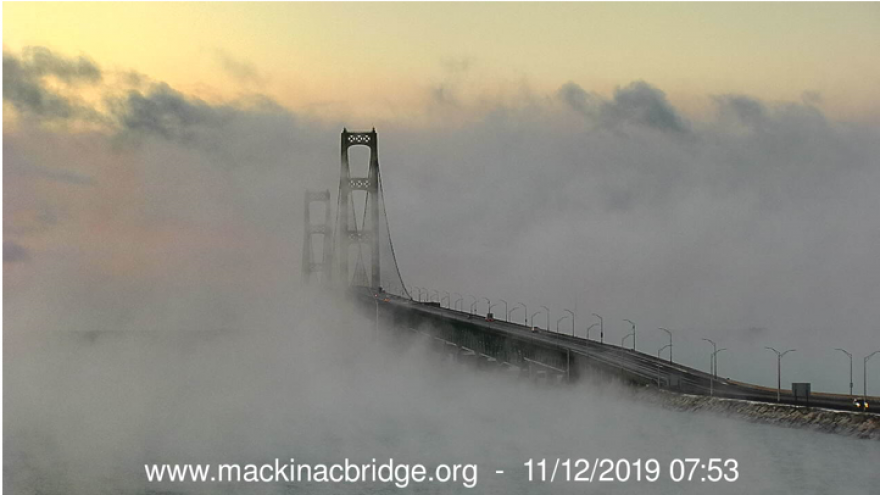 MACKINAW CITY, Mich. -- The blast of arctic air that invaded the entire eastern half of the U.S. was extreme for November standards. Records fell across the Midwest and Great Lakes as temperatures fell into the single digits and even lower in some spots.

The air was so cold that it actually caused sea smoke to form in the Straits of Mackinac around the Mackinac Bridge.

Very chilly conditions this morning on the straits and the @MackinacBridge. We promise the water is still out there somewhere! pic.twitter.com/UYwxrF4yMp

Sea smoke is essentially a type of fog that forms when frigid air pushes across relatively warmer waters. It can happen on ponds, lakes, rivers, gulfs, seas, and oceans.

That's exactly what happened on Tuesday up where Lake Michigan meets Lake Huron.

Sea smoke can also be referred to as sea fog or frost smoke, and can happen during the fall and winter months if conditions are just right.