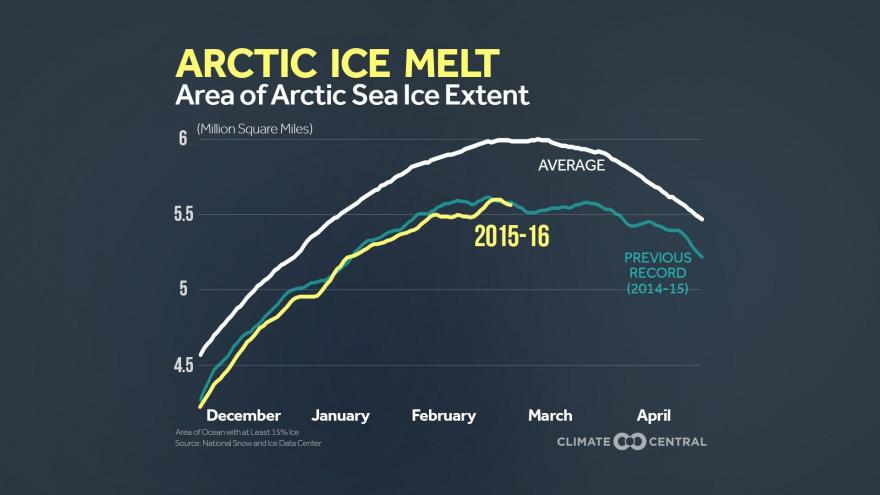 A new report released by NASA shows the winter maximum extent of sea ice in 2016 was at an all time record low. These alarming signs of a changing climate can have impacts globally and locally.

Locally, beside the almost repetitive list of the effects of climate change there's likely to be a continued higher variability in winter pattern like we saw in February. Another study in the journal Nature shows that less arctic sea ice is linked to a weaker polar vortex and that could lead to big swings of cold air into the lower latitudes.

This is a more visible sign of climate change and that the planet is continuing to warm.