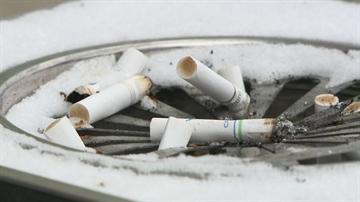 It's a battle Jacob Hughes has been fighting for years.

"It's not just a chemical problem; it's a cognitive problem as well," Hughes, a tobacco outreach coordinator, said.

Smoking; but his issue isn't with those who light up, just with where they do it.

"What we're trying to do is to get a more inclusive ordinance to cover bars, hookah bars, private clubs; things like that," Hughes said.

State law says if a bar sells more alcohol than food, it can allow smoking inside.

Discrepencies like these are what some health groups are trying to change.

"To be creating all these unfunded mandates looks good politically, but it's not good for the people being affected by it, Oliver Davs, Vice-President of the South Bend City Council, said.

He was originally for a tougher smoke ban; co-sponsoring a bill this past summer.

But after talking with local bar owners, he's shifted his stance a bit.

He says a lot of neighborhood bars have history, and forcing them to change their ways now would hurt them more than just financially.

"When you make a change in the culture of a city that's already been there for so long, you have to take into consideration grandfather and grandmother clauses," Davis said.

But folks like Hughes say that's not good enough.

Simply put, he says if one bar in the city follows the rules, than others should too.

"I believe a lot of it is fear," Hughes said. "Even council members are somewhat afraid of what would happen."