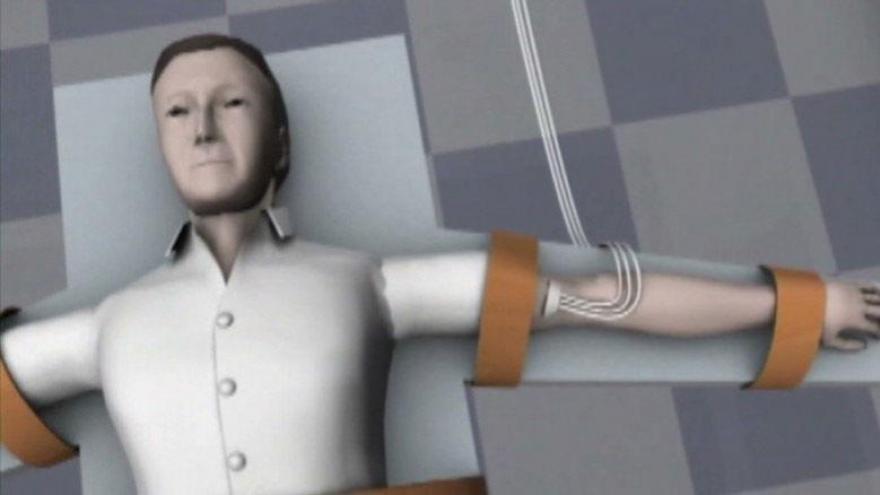 (CNN) -- Eight men are scheduled to be executed by lethal injection in Arkansas in the space of just 10 days, according to Gov. Asa Hutchinson's office.

The state -- which has not put anyone to death for 11 years -- plans to execute the men in pairs between April 17 and April 27.

So many executions in such a short amount of time is "unprecedented" in the United States, said a spokesman for a group that monitors US executions.

Thirty-one states currently administer the death penalty, and lethal injection is the primary means of execution in all of them. The number of executions carried out in the United States fell to a 25-year low in 2016.

Death penalty opponents were quick to criticize the planned executions.

"The Arkansas Coalition to Abolish the Death Penalty (ACADP) is outraged by ... plans to carry out eight executions within the span of ten days in April," the organization said. "This planned mass execution is grotesque and unprecedented."

Attorneys for the eight men are attempting to block the executions.

They argue that Midazolam -- the drug used to render inmates unconscious before they are given two more drugs that paralyze and kill them -- does not effectively keep those being executed from experiencing a painful death.

The second drug, pancuronium bromide, paralyzes the inmate. The third, potassium chloride, brings on cardiac arrest and stops the heart.

"Unless the prisoner is unconscious, then drugs two and three will cause pain -- torturous punishment, in violation of the Eighth Amendment, and state guarantees against cruel and unusual punishment," said Jeffrey Rosenzweig, an attorney for three of the inmates.

He pointed to what he said were "botched executions" in several states that also involved Midazolam.

Rosenzweig said the attorneys also have asked for clarification about whether a previously granted stay of execution is still in effect in Arkansas.

The stay was put in place while nine inmates asked the US Supreme Court to review an Arkansas Supreme Court decision to uphold the statutes that outline the state's execution protocol.

The high court declined to hear the case last week, and Arkansas Attorney General Leslie Rutledge said at the time in a statement that the decision cleared the path for executions to resume.

"As required by law, I have set the execution dates for the eight convicted of capital murder," the Arkansas governor said in a statement sent to CNN on Thursday. "This is based upon the Attorney General's referral and the exhaustion of all appeals and court reviews that have been ongoing for more than a decade.

"This action is necessary to fulfill the requirement of the law, but it is also important to bring closure to the victims' families who have lived with the court appeals and uncertainty for a very long time."

Most recently an execution in Alabama rekindled the debate regarding lethal injection. During his execution, Ronald B. Smith reportedly "appeared to be struggling for breath and heaved and coughed and clenched his left fist," according to reporting by AL.com.

Reports also have emerged from executions in Oklahoma, Ohio and Arizona that inmates visibly struggled -- and possibly woke up -- after the final two injections were administered. "Midazolam may put you to sleep initially," the Death Penalty Information Center's Dunham told CNN, "but it doesn't render you insensate."

Dunham said the succession of so many executions raises the risk of something going wrong.

"To attempt eight executions with Midazolam -- including four multiple executions -- is unheard of and reckless," Dunham told CNN.

It remains unclear whether or not the Arkansas Department of Correction will be able to go ahead with the executions as planned.

Rosenzweig said any of the inmates could file last-minute challenges or appeals. The state also is missing one of the drugs required in the execution procedure.

According to Solomon Graves, a spokesman for the Department of Correction, Arkansas' supply of potassium chloride -- the final drug to be administered -- expired last month. But the governor's spokesman, JR Davis, said Hutchinson "is confident in the department's ability to procure the expired drug."

Graves also said that the state's supply of Midazolam is set to expire in April. Critics say the state is racing to execute the inmates before the drug expires. "This expiration date is directly linked to the state's urgency to execute eight men in ten days," the Arkansas Coalition to Abolish the Death Penalty said.

Arkansas code allows execution by electrocution if the state is unable to use lethal injection, though Rosenzweig said he thinks doing so would be difficult. "I think the general consensus is electrocution is cruel and unusual punishment," he said. "If they attempt to do that, that's going to engender other challenges."

Attorney: Use of Midazolam result of 'herd mentality'

The controversy surrounding the use of Midazolam has been brewing for years.

In 2010, European drug manufacturers began to ban exports of the cocktail ingredients to the United States.

The following year, concerned about the use of sodium thiopental in executions, Illinois-based Hospira stopped making the drug, and Danish firm Lundbeck banned US prisons from using its pentobarbital.

The United Kingdom also introduced a ban on exporting sodium thiopental, and the European Union has taken an official stance -- by approving trade restrictions on goods used for capital punishment and torture.

States have since turned to Midazolam as a substitute, but Dunham said there is no clear reason why. "There has been a herd mentality when it comes to execution drugs and procedures," he said, and after one state was able to carry out an execution using Midazolam, others followed.

Correction: An earlier version of this story listed an incorrect name for one of the inmates and misspelled another. Their names are Jason McGehee and Ledell Lee.