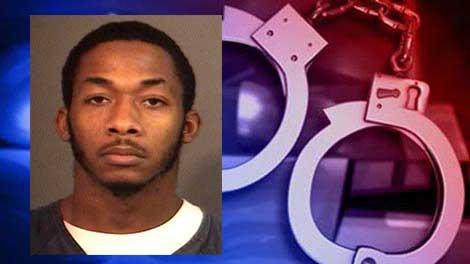 A suspect in an armed robbery in October 2015 has been taken into custody at the St. Joseph County Jail.

On October 28, 2015, a woman told police she was at a friend's house when three men arrived and demanded her purse.

When she refused, the men allegedly pulled out handguns and again demanded her purse, according to the probable cause affidavit.

When she refused a third time, the men struck her in the head with their guns, reports said.

When she heard a gunshot, she gave up her purse, according to the probable cause affidavit.

The woman was taken to the hospital with cuts to her head.

After conducting an investigation, police identified two of the suspects as Shaquille Pinkerton and James Vaughn Allen.

Pinkerton was arrested in October 2015.

Allen was transferred from a correctional facility in Houston, Texas and was taken into custody at the St. Joseph County Jail on Friday.

According to the probable cause affidavit, the two suspects are potential suspects in several South Bend Police investigations for other incidents that happened the same week of the robbery.