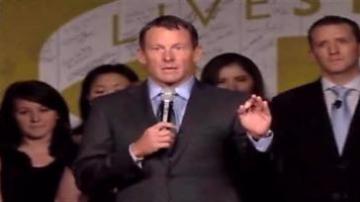 AUSTIN, Texas -- Lance Armstrong took the stage in Austin to a standing ovation of his most faithful supporters and donors.

Armstrong addressed Livestrong's 15th Anniversary celebration without a sorry and without an explanation.

During the past week, several of sponsors dropped Armstrong.

He also announced that he was stepping down as chairman of his own foundation.

"I've been better and I've been also worse," Armstrong said. "This mission is bigger than me. It's bigger than any individual. Let's have a hell of a good time."