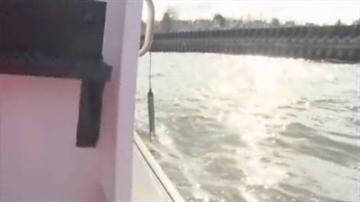 MICHIGAN — Crews are getting a better idea of the emergency dredging situation on Lake Michigan.

The Army Corps of Engineers is testing lake levels along the Michigan and Indiana shorelines.

The Corps is using a special sonar device to test the levels.

The shallow water makes it harder for boats to get in and out which could create some serious problems.

"They could have the potential to run aground, getting stuck which would be catastrophic for them and close down the harbor for a while," said Eric Schmidt, civil engineering technician.

The Corps of Engineers has already tested several harbors including South Haven and New Buffalo. New Buffalo had the worst sand-build-up.

Dredging is expected to begin later this month.