Arrest made in Catholic priest murder 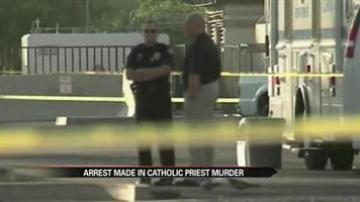 An arrest was made in last week's shooting death of a catholic priest in Phoenix.

Police confirmed the arrest, but provided no additional details.

Another priest was critically wounded in the attack.

Church officials have said the shooting was the work of multiple armed burglars, but police have not confirmed the circumstances of the shooting.
Share this article: