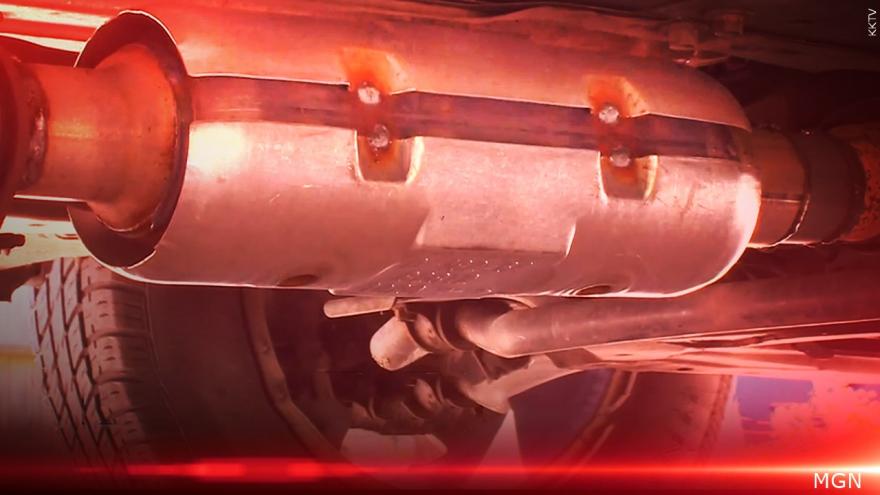 ELKHART, Ind. – One person was arrested on October 2 as part of a two-week police detail investigating catalytic convertor thefts in the area, the Elkhart Police Department reported.

At 4:20 a.m., an officer was in the area of Bypass Road and Nappanee Street trying to locate a catalytic convertor theft suspect when the officer saw the suspect vehicle, a Ford Ranger, reports said.

The officer tried to conduct a traffic stop and the Ranger turned south onto Nappanee Street.

The officer activated the lights and siren and the Ranger continued southbound, reports said.

The Ranger jumped the curb and crashed through a state highway road sign in the 1500 block of South Nappanee Street, according to reports.

The chase ended in a cemetery with the Ranger running over several headstones before coming to a rest on a large headstone, police said.

A cut catalytic convertor and tools were found inside the vehicle, reports said.

The driver of the Ranger, identified as 49-year-old James Schram of Westville, Indiana, was arrested and taken to the Elkhart County Jail.

He was then formally charged with resisting law enforcement, cemetery mischief, theft of a motor vehicle component part, and leaving the scene of an accident.

The Elkhart Police Department is actively investigating local catalytic convertor thefts and is asking for the public’s help with this.

You can also submit a tip here.