Arrest made in fatal accident in Benton Harbor Tuesday night 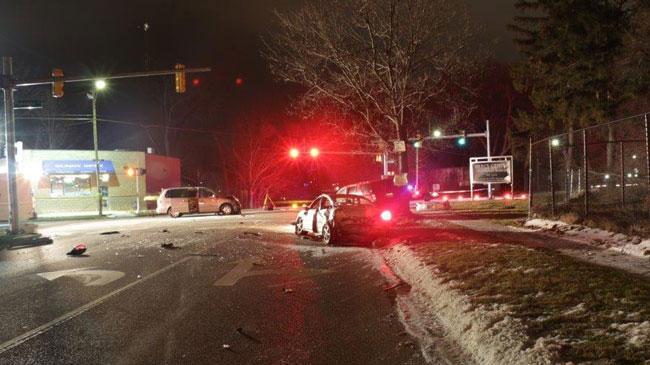 An arrest has been made in a fatal accident that happened Tuesday just after 6 p.m. in Benton Harbor.

According to the Berrien County Sheriff's Department, Ulises Damian Rangel, 22, was driving west on Empire at a high rate of speed.

His vehicle struck a van, then a car at the intersection of Empire and Pipestone.

The rear seat passenger was pronounced dead at the scene. He was identified as 19-year-old  Alphonzo Lamonte Porter Jr.

Rangel has been charged with operating a motor vehicle while license suspended, revoked, or denied causing death and carrying a concealed weapon.