Arrest made in LaPorte homicide 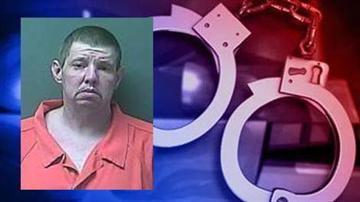 LAPORTE, Ind. -- A man has been arrested in the homicide that happened in the 100 block of McClung Road in LaPorte Sunday evening.

Daniel Shoffner, 47, has been arrested on a preliminary charge of murder.

LaPorte Police said the victim is a white female.

Neighbor Art Peals says the victim is an elderly woman whose husband died a few months ago. She recently took in a new roommate, Shoffner.

When we asked neighbors if they heard a struggle, shots or any commotion, they said they didn't.

Peals says he wants justice for his friend.

"He took over here. He come in here and he took over like he owned the place and I just told her that you don't need that," said Peals.

He recognized the man from his mugshot and says he doesn't understand why she let him live with her.

We tried to reach the victim's daughter, but no one answered the door at her home.

While we have the victim's name, LaPorte Police asked us not to release it.

The autopsy is expected to be complete Tuesday or Wednesday.