Arrests made in violent robberies on Andrews University campus 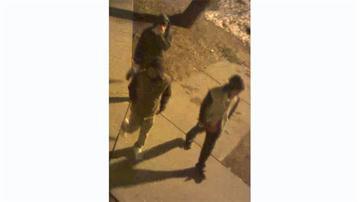 Berrien Springs Oronoko Township Police were called by the Andrews University Office of Campus Safety Saturday around 11 p.m. after learning three people were robbed at three different locations on campus.

The robberies happened at Meier Hall, outside Nethery Hall and outside Garland Apartments between 10:57 p.m. and 11:20 p.m.

Two of the victims were students, the third was not.

The suspects took a wallet, cash and an ID from one of the victims.

Two of the three victims had facial injuries sustained during the robbery.

The three suspects were armed with a handgun and a knife. Police said the gun was a plastic pellet gun.

Through assistance from the FBI Violent Crimes Task Force, tips from citizens and video from campus, three suspects were identified.

All three were located and taken to the Berrien County Jail on charges of armed robbery.

The three were identified as three Berrien Springs residents: