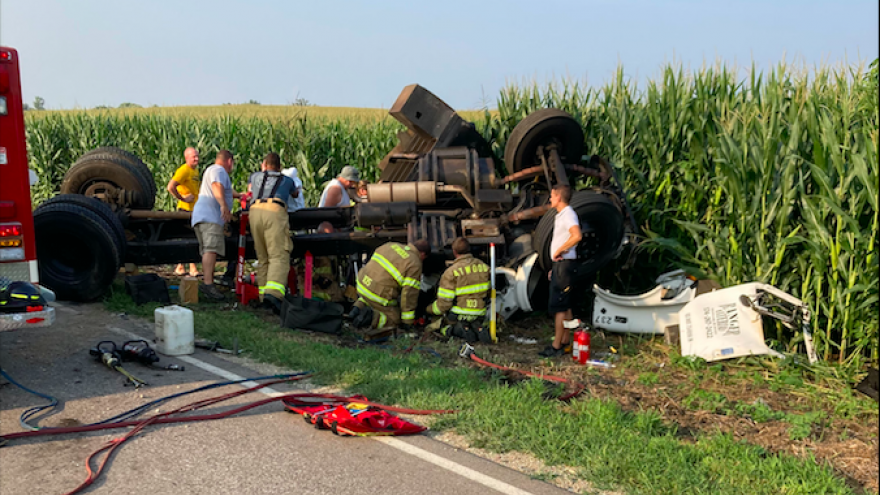 KOSCIUSKO COUNTY, Ind. – An asphalt sealant truck overturns on CR 800 W, causing the driver to be entrapped and airlifted to Fort Wayne and the passenger transported to the local hospital, according to the Kosciusko County Sheriff’s Office.

Multiple agencies were called to the scene of the crash around 6:22 pm on Sunday. According to the preliminary investigation, deputies learned that the truck was traveling south on CR 800 W, south of CR 750 N, before the collision.

The truck exited the west side of CR 800 W, overcorrected and then overturned.

The driver, a 21-year-old man from Kokomo, was extracted from the truck and was airlifted to a hospital in Fort Wayne.

The passenger, a 16-year-old from Warsaw, was taken to the local hospital.

Both the driver and passenger did not sustain life-threatening injuries following the crash.