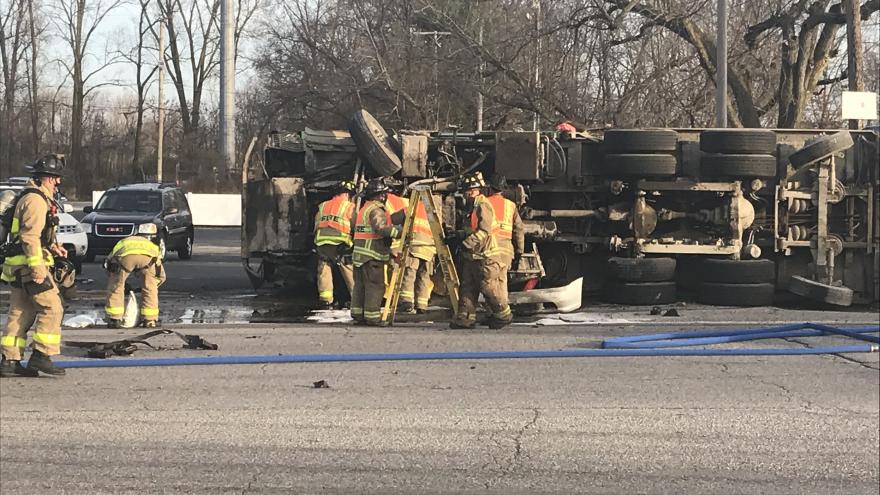 ELKHART, Ind. - One person was hurt in a crash involving a garbage truck and a car in Elkhart Thursday morning.

According to emergency dispatchers, it happened just before 8:30 a.m. in the 2600 block of Bypass Road, near Bypass and Lexington.

Pictures from the scene appear to show the garbage truck on its side.

One person in the car was taken to the hospital, but their injuries didn't appear to be life-threatening.  The driver of the garbage truck refused medical treatment at the scene.

Right now, it's not clear what led up to the crash.  ABC57 News has a crew at the scene and will update this story as more information becomes available.