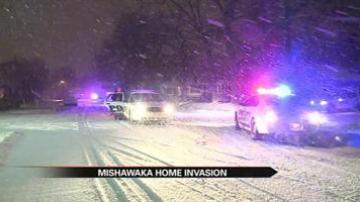 MISHAWAKA, Ind. -- The Christmas holiday came to an early and unfortunate end for the residents of a home on Calhoun Street late Wednesday night.

Police were called to a home on the 500 block of Calhoun Street in Mishawaka around midnight because of an attempted break-in.

Authorities arrived and set up a perimeter to search for the suspects. They took one person into custody that they strongly believe was connected to the crime.

Police say they are still searching for a second suspect.