July was atypically warm for us this year with below average rainfall. The big question now is, will August follow suite, or will more normal conditions return to the forecast?

Average temperatures in August begin their decent into the upper 70s, typically making it a more comfortable time of year. The average high on August 1st is 80 degrees, August 11th 79 degrees, and August 31st 78 degrees. Those are averages compiled from data taken since the late 1800s. For this year, we could expect to see temperatures above those averages throughout the month. Given our latest model guidance warmer air looks to win out, making conditions feel more like July inst. 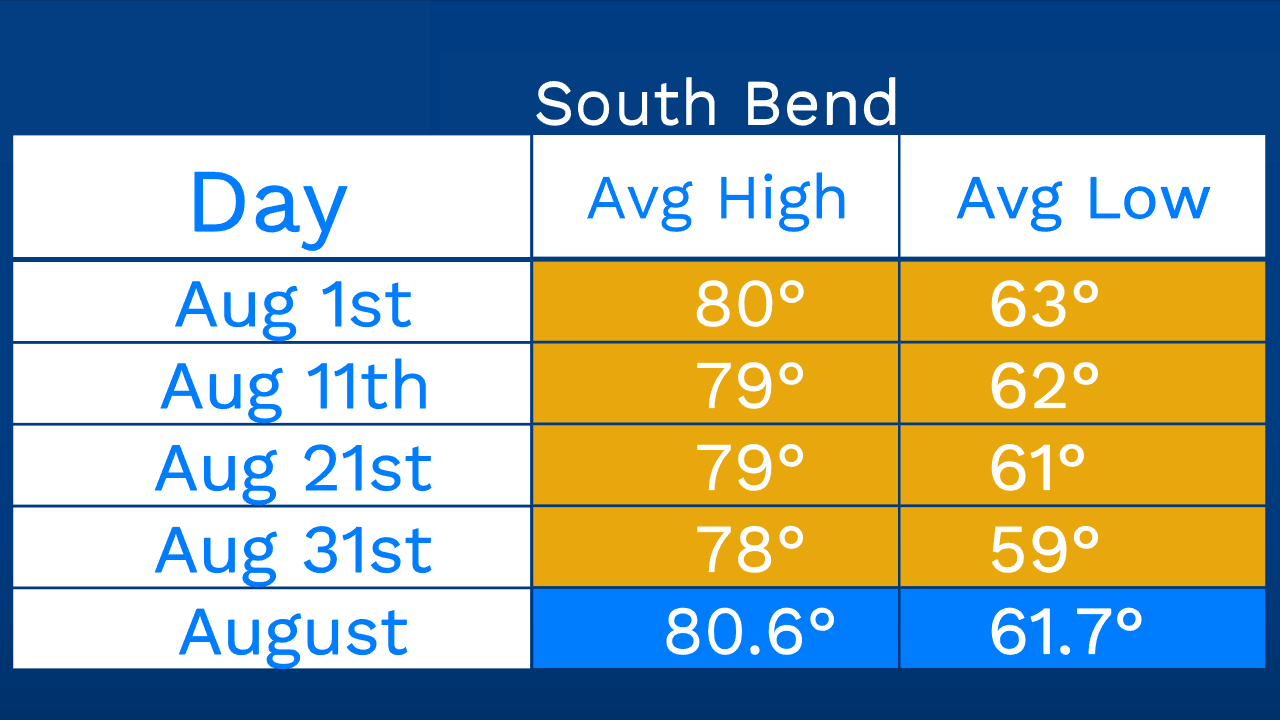 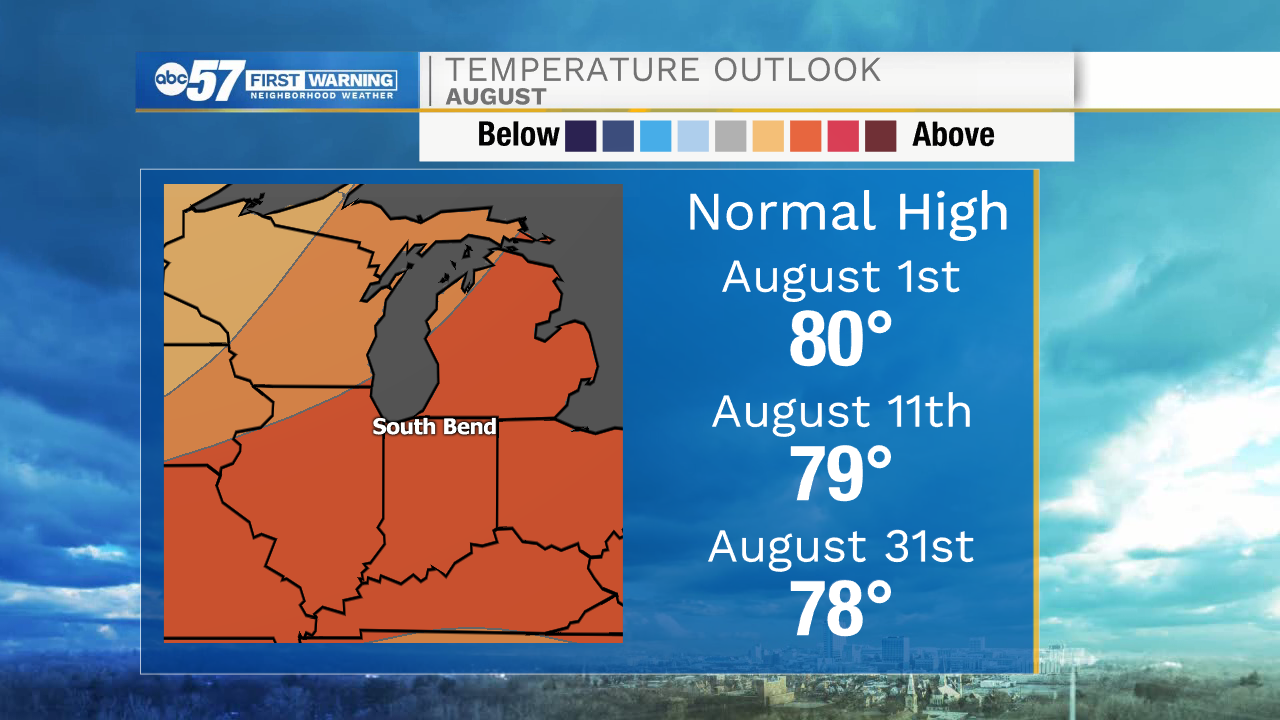 Rainfall has been scarce for the month of July, but hopefully we can try and turn that around in August. The average rainfall for August is 3.76”. Forecasts show that we have equal chances of seeing above or just below that number. This may not be reassuring for people needing the rainfall, but it is a good sign that models aren’t leaning towards an extremely dry pattern. 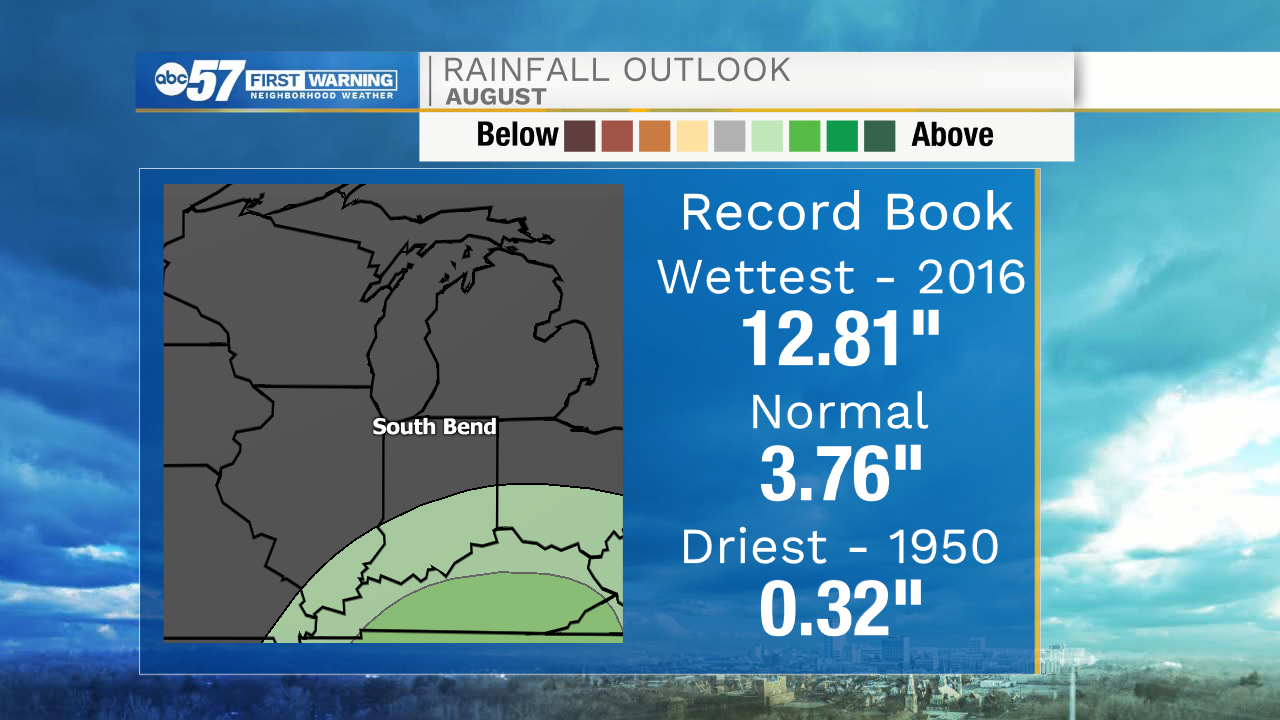 Looking back in history we have seen some extreme weather during the month of August. When it comes to heat, nothing compares to August of 1934 where a high temperature of 105 degrees was recorded. On the flip side of that, August of 1965, the record low was recorded at 40 degrees. Extremes in rainfall were recorded in 1950 when only 0.32” fell. The highest amount of rain recorded in the month of August was in 2016, with a total of 12.81”. 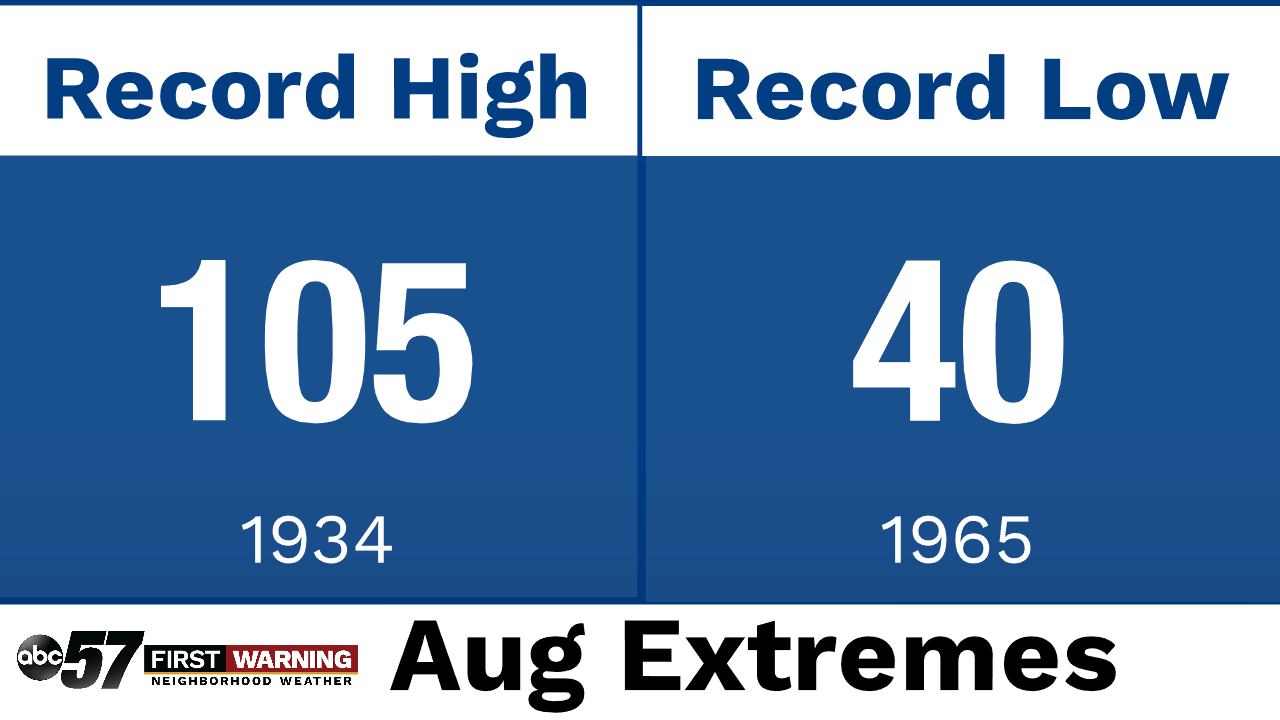 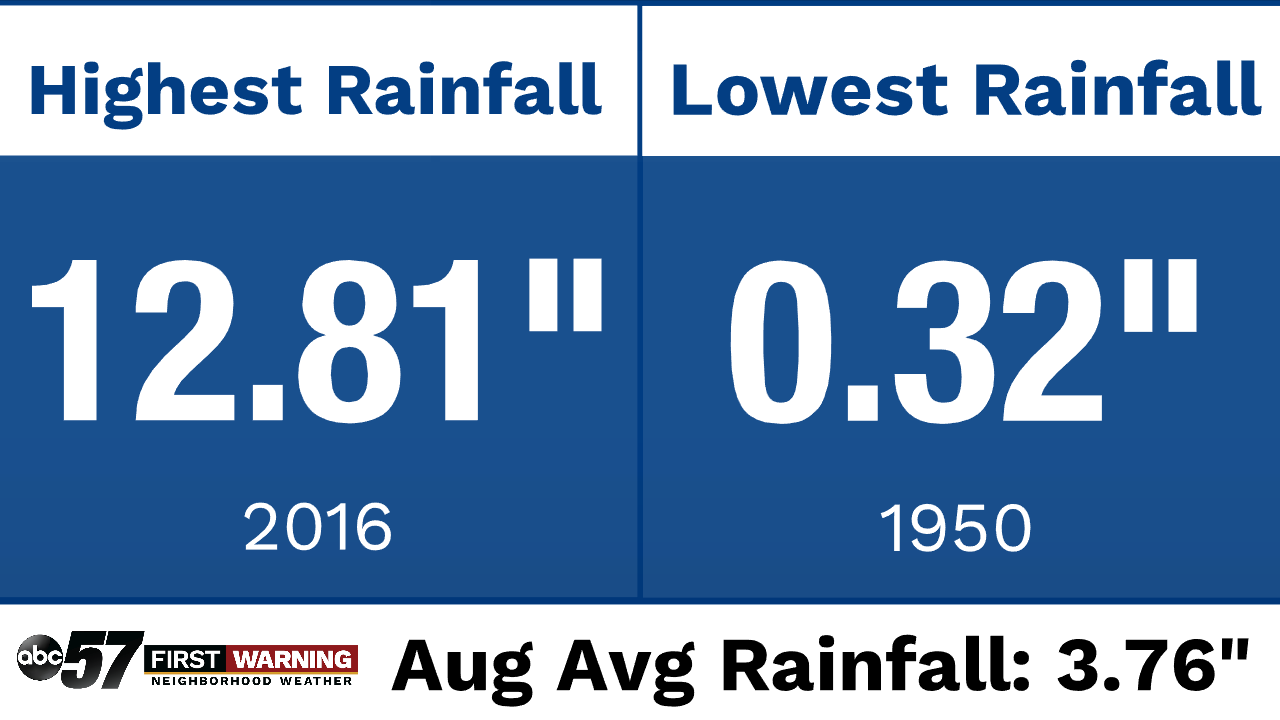