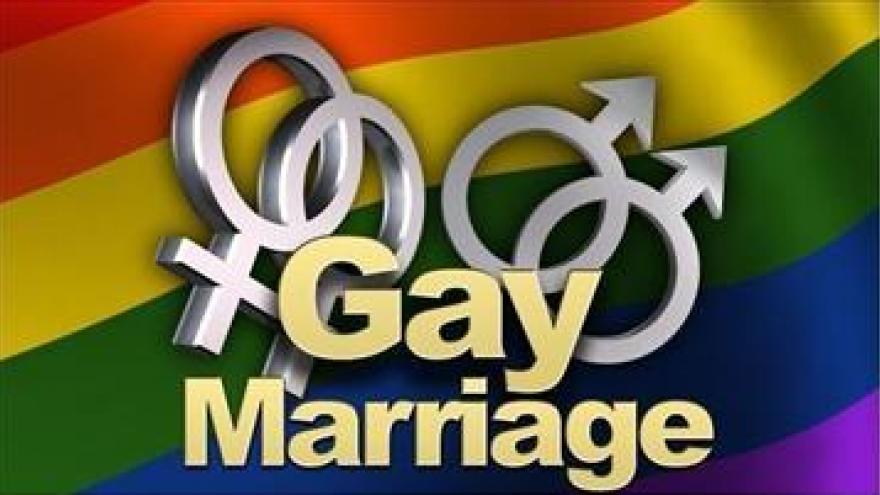 (CNN) -- Celebrations broke out across Australia after a two-month national postal survey came out "overwhelmingly" in favor of legalizing same-sex marriage.

Results released Wednesday by the Australian Bureau of Statistics revealed 61% of the population voted to allow same-sex marriage, with 38% voting against.

Rainbow-colored smoke, confetti and cheers erupted in the center of Melbourne following the announcement, where hundreds of people had gathered to hear the result.

When couple Jane Mahoney, 28, and Josie Lennie, 26, heard the result they collapsed into each others' arms in tears. "(Now) we need to save and also gets lots of fun ideas from the other gay weddings," they told CNN.

More than 12.7 million people across the country, or 79.5% of the population, took part in the survey with every state and territory returning a majority "yes."

Celebrations, singing and tears greeted the announcement in Melbourne.

It's the beginning of the end of a long-running campaign to allow marriage equality in Australia, something already legal in the majority of English-speaking countries worldwide.

Speaking after the result, Australia Prime Minister Malcolm Turnbull said it had been an "overwhelming" response in favor of "yes" and called for same-sex marriage to be legalized before Christmas.

"I feel for young people who had their relationships questioned in a way I wouldn't have thought we would see ever again, but nevertheless what this marriage equality survey shows is that unconditional love always has the last word," he said.

Politicians are expected to begin discussing the specifics of the same-sex marriage bill as early as this week.

However, even ahead of the release of the results, conservative politicians inside the Australian parliament were preparing for a fight over how marriage equality would be legalized.

Prominent supporters of same-sex marriage celebrated the decision. Qantas CEO Alan Joyce danced on stage in Sydney with author and actor Magda Szubanski, and urged Turnbull to "get on with it."

"(The result) spells it out loud and clear ... If they play around with this issue any longer, it will be at their peril," he told reporters Wednesday morning.

Australians have long been in favor of marriage equality, but multiple governments have maintained they wanted to keep the traditional definition in law.

In 2015, under pressure from moderates in his Liberal party to take action, then-Prime Minister Tony Abbott announced there would be a national vote, or plebiscite, to decide whether marriage equality should be legislated.

He was unable to get funding to hold the plebiscite after legislation was blocked twice in the Australian senate. Abbott's successor, Turnbull, announced in August a national postal vote would be held.

It was one way to get around the funding issue, as the survey was run by the Australian Bureau of Statistics, removing the need for parliamentary approval.

Voting opened on September 12 and Australians who had registered to vote had until November 7 to return their surveys.