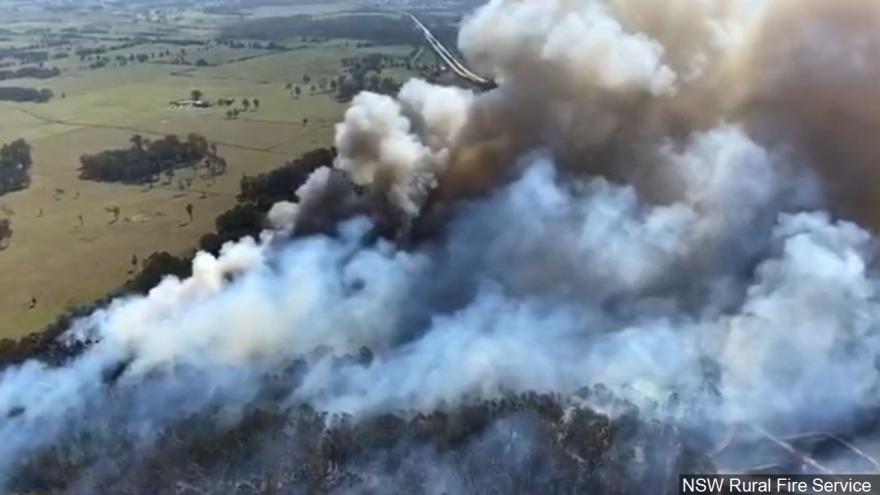 Australia continues to be ravaged by the worst wildfires seen in decades despite the summer season officially beginning just a couple of weeks ago.

More than 14.7 million acres have burned across the country, with New South Wales being hit the hardest. New South Wales is the most populous state in Australia, boasting a population of more than 8 million people. 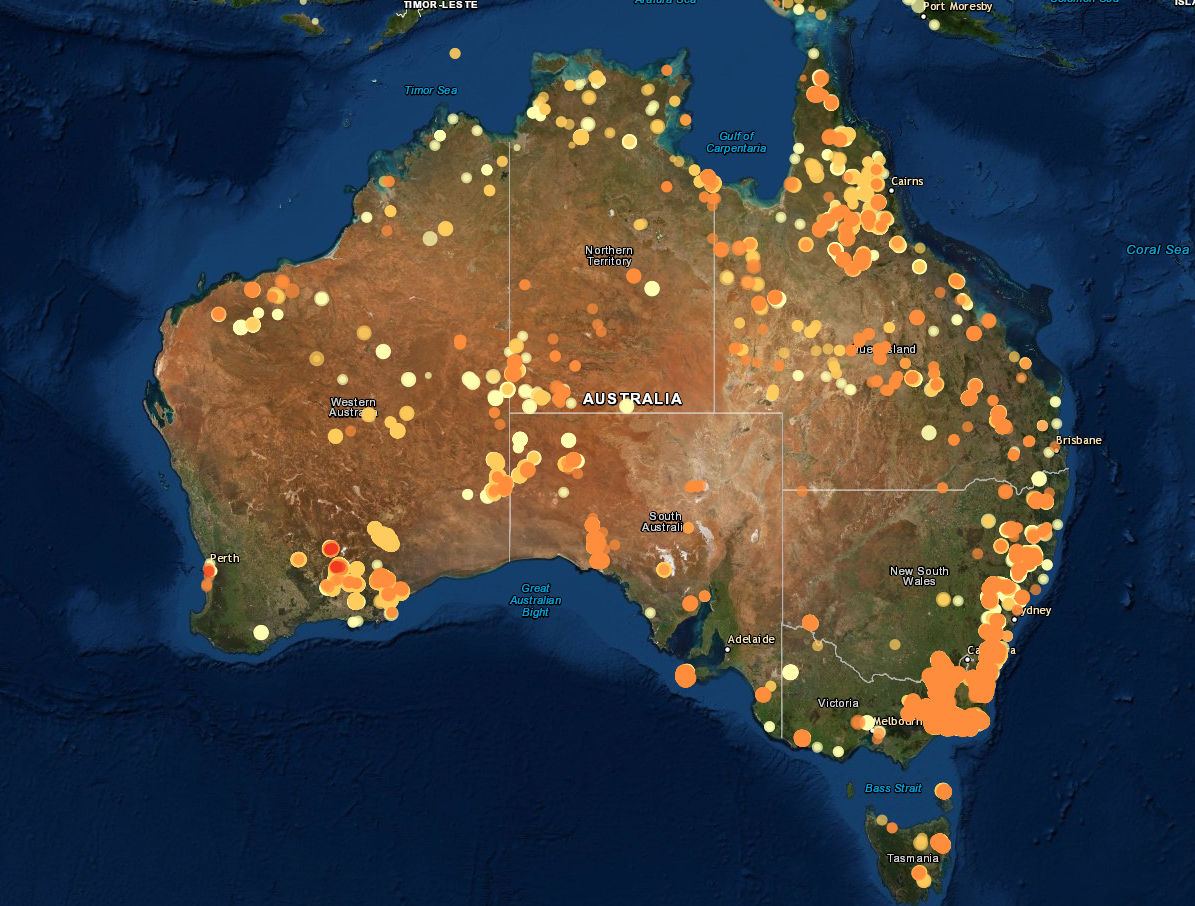 A look at hotspots/bushfires in Australia. Geoscience Australia
In that state alone, more than 1,300 homes have been destroyed and more than 440 have been damaged.

Most of Australia is experiencing significant drought conditions, which, combined with record heat in December and occasionally gusty winds has allowed the fires to blossom and spread.

With the hottest time of year being January and February, it's plausible to say that significant improvement is several months away. 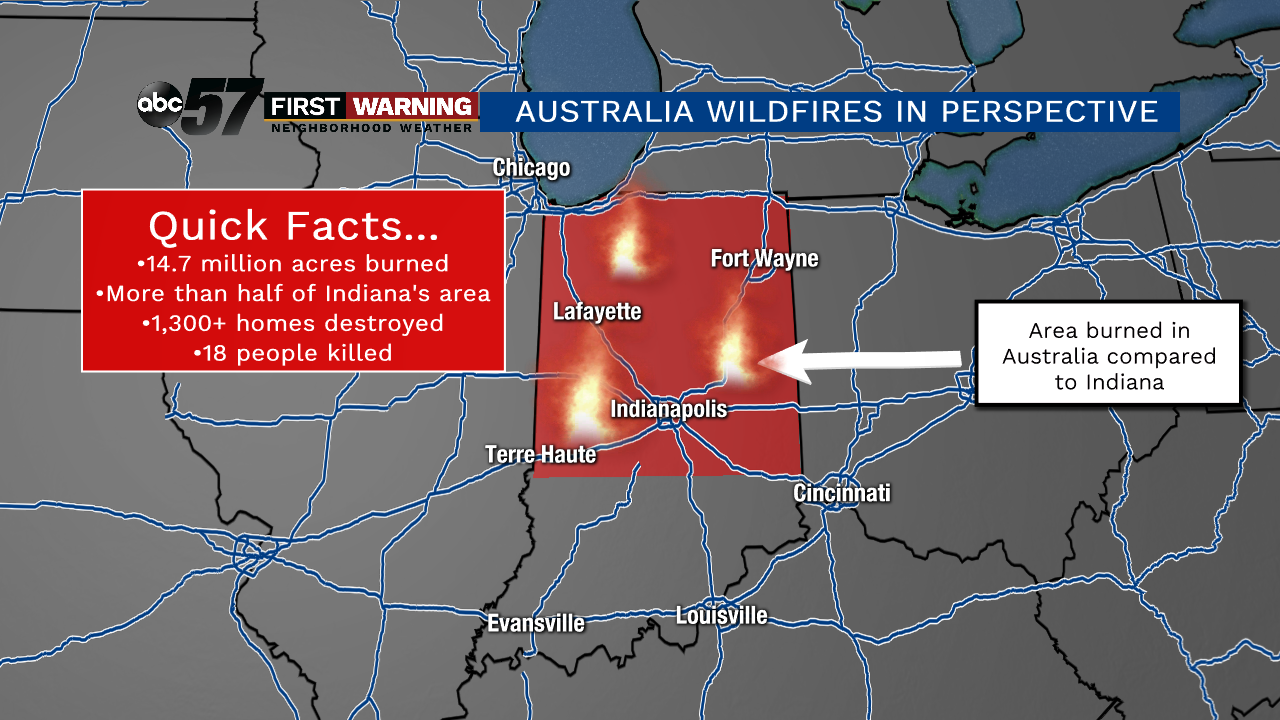 To put the extent of these fires into perspective, we put the acreage burned onto a map of Indiana. Every single location in red on the map above would have been burned if the Australian bushfires were occurring in the Hoosier State.

That is more than half of the state, and would include Indianapolis, Fort Wayne, Lafayette, Terre Haute, Kokomo, Muncie, and all of the northern part of the state.