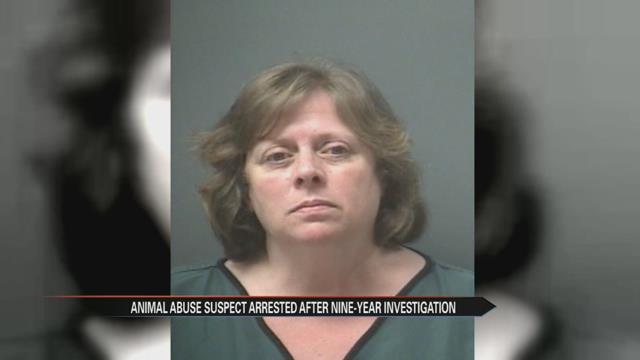 A nationwide search ended Tuesday as a local animal abuser was brought to justice.

Police arrested the woman responsible for the neglect of several dozen animals in La Porte who was hiding in California.

For years, the scene of Jane Burkhart’s barn haunted the county.

But Wednesday, there was peace in this community’s mind knowing justice was served.

“It was devastating at the time, so to have closure now, it’s almost a little surreal,” said veterinarian Lindsay Klemens.

This moment was a long time coming but well worth the wait for a community still disturbed by the memories.

For the longest, graphic photos saved on CDs as evidence were the only thing left of a heinous crime committed years ago.

“The living conditions were just totally unacceptable, there was manure up to the knees on the horses liquefied, it was just not a healthy environment,” said Jane Bernard, Executive Director of La Porte County Small Animal Shelter.

The offender is 55-year-old Jane Burkhart.

A La Porte county native, police say was on the run following her 2013 conviction.

“Under traditional means we wouldn’t be able to locate her,” said Sgt. Hynek.

A nationwide search through leads, surveillance and social media came to an end in Sacramento, California Tuesday.

But even now behind bars, it’s hard to forget the damage Burkhart did to the community.

“Your mind takes you to that place and you remember just how horrible the situation was at the time,” said Klemens.

But her arrest is an example that those crimes will never go unpunished.

“Everybody stepped up and it showed that they truly cared about animals and if you commit a crime you’re going to be held to that crime,” said Bernard.

The community really did step up.

Back when this was being investigated several people pitched in to get these neglected animals homes and many resources.

Some of the animals included horses, sheep, rabbits and cats.