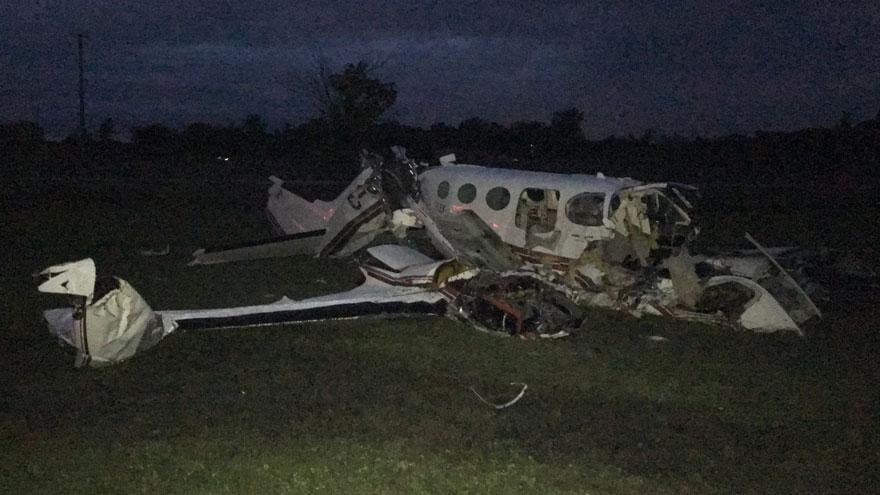 KIMBALL TOWNSHIP, Mich. (AP) — Authorities say a pilot of a small plane has died following a crash in Michigan.

The St. Clair County sheriff's office started looking for the plane early Thursday following a report that it was overdue in arriving at the St. Clair County International Airport in Kimball Township, about 50 miles northeast of Detroit. The crash was discovered next to softball fields near the airport.

The pilot was identified as a 51-year-old man from Ottawa, Ontario. The sheriff's office says that he was pronounced dead at the scene and was the only person aboard. His name wasn't immediately released.

The twin-engine Cessna had what the sheriff's office described as extensive damage. Federal authorities planned to investigate the cause of the crash.