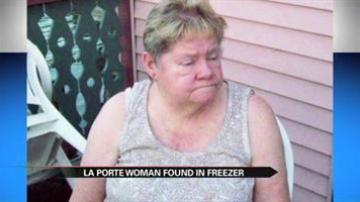 LAPORTE, Ind. -- The cause of death of 73-year-old Birdie Elder has been released, according to the murder victim's daughter.

Her body was found in her freezer June 15.

Daniel Shoffner allegedly called a relative and said he had killed his roommate.

Shoffner was arrested on murder charges on Sunday.

In court, Shoffner pleaded not guilty and a public defender was appointed.

He will be in court again on July 25.