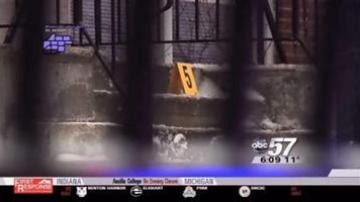 SOUTH BEND, Ind. -- Police said the South Bend woman found murdered inside her apartment on Wednesday was stabbed to death!

The autopsy results on 42-year-old Deshone Caradine came back on Thursday morning.

So far, no one has been arrested for her murder, but police are looking for this man: 44-year-old Manuel Clemon.

He's also known as Manuel Scott. He's Caradine's ex-boyfriend and the father of one of her kids.

Police said he may be armed and dangerous.