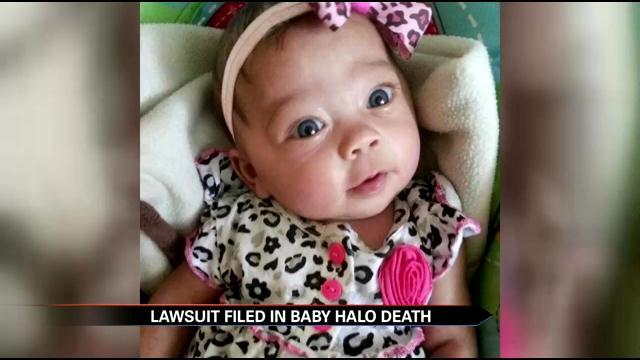 Dominique Stutzman, the mother of 4-month-old Halo Stutzman, is seeking $1-million in damages from the Indiana Department of Child Services.

In July of 2014, Halo died from a skull fracture when investigators say she was with her father.

According to the original affidavit, doctors said the infant was bleeding behind her eyes.

Dominique Stutzman's Attorney Vincent Campiti filed the tort claim against the state because he believes the Department of Child Services should have protected Halo from her father, Bryan Michel.

Campiti said, “The mother doesn't want this to happen to any other children. We've seen in the media in the past that various things fall through the cracks and then something terrible happens. We think that's what happened here.”

In July 2013, one year before Halo's death, DCS apparently investigated a child abuse case with Michel's other child.

Campiti said, “It isn't necessarily mother saying I want money. Because you didn't protect my kids, the point of the suit is, the children are the ones who are supposed to be protected.”

James Wide, a spokesperson for the Department of Child Services, issued a statement saying they are "unable to comment at this time due to potential litigation."

The prosecutor's office said an additional felony charge was added two weeks ago in Michel's case. He is now charged with aggravated battery as well as neglect of a dependent resulting in death. He's scheduled to be in court for trial on April 27th.