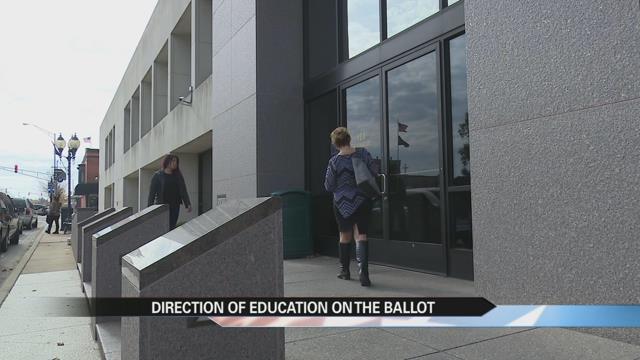 Voters in Kosciusko County are hitting the polls early in record numbers.

Even if there aren’t many opposed local races in the county, the race at the top of the ticket is inspiring many to vote.

The only local contested races in the county are for school board seats.

“We can’t let our students and our schools go under, and not voting, that helps that happen,” said voter Sherry Burchette.

Burchette and others are hoping to save their schools this election.

That motivation is also driving many voters to cast their ballots this week.

“Early voting, we are up 600 more voters in our office, compared to the same time period in 2012,” said Ann Torpy, Clerk of the Circuit Court.

Just block away from the county office, there were a few folks stumping for Donald Trump, and excited for the presidential election.

But the contested school board races on the ballot show there’s also excitement for students’ futures.

“We have a lot more [candidates] than we normally have in one school board,” said Torpy. “I think there might be concerns. I think that’s a good sign when people want to run for office and make differences.”

There are six school districts in the county.

Wawasee Community Schools has two contested races for District 1 and 2 school board seats.

The board seat for District 3 in Whitko Community Schools has two people in the running.

Wa-Nee Community Schools has two at-large seats up for grabs while Tippecanoe Valley School Corporation has contested races in District 1 and 2.