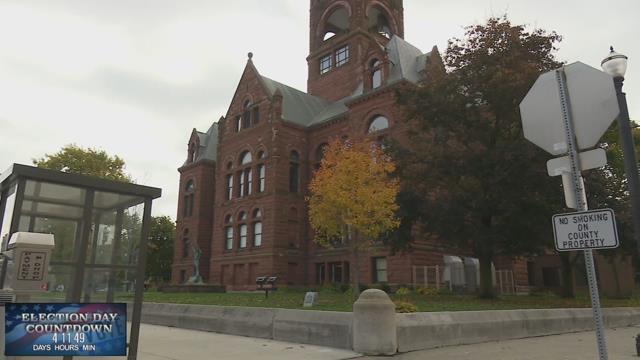 Early voter turnout is on the rise in La Porte County thanks to the presidential election and several competitive local races.

It’s been a busy election season for the clerk’s office, and it’ll be the last for Spevak.

She is not seeking reelection.

Her title and these six other county positions are now hotly contested.

There are also quite a few competitive races for school board seats happening in four school districts in the county.

But it’s the races at the top that’s drawing a lot of this county’s interest.

“With a non-incumbent presidential race, people are coming out to make a choice,” said Spevak.

District eight’s state senate election is also shaping up to be the race to watch in this area.

A lot of buzz has been on that seat since the incumbent, Jim Arnold decided not to seek reelection.

Candidate Mike Bohacek is a businessman and second-term county commissioner.

“I have a lot of experience dealing with the downstate mandates that are forced on the locals and also I’m a local government guy, I think the best decisions are made locally,” said Bohacek.

His opponent is Maxine Spenner, a retired educator.

“I plan to work with both sides of the party though and i hope to be able to work together and accomplish for the good of all Hoosiers,” said Spenner.