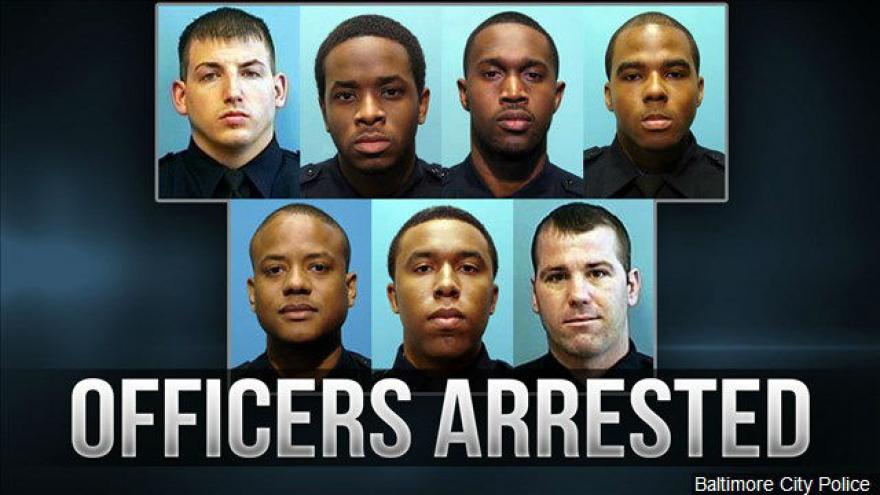 (CNN) -- Hundreds of criminal cases are impacted by the questionable conduct of Baltimore police officers, the city's top prosecutor announced in a statement.

Baltimore State's Attorney Marilyn J. Mosby's office released the updated numbers Wednesday. She said the actions of eight officers indicted for racketeering have affected 295 cases, and three more incidents of questionable use of body-worn cameras have impacted a total of 569 cases. Overall, she said up to 338 cases have been or could be dismissed.

Debbie Katz Levi, head of the city public defender's Special Litigation Section and the lead attorney addressing all the active cases, applauded the state's attorney's "initial efforts," but believes the numbers are too low.

"There are still far too many individuals incarcerated on tainted convictions," Levi said in a statement. She added that the state's attorney's office had "yet to disclose how they have arrived at these totals and our office has calculated much greater numbers of affected convictions."

Mosby: 'We will remain vigilant'

The state's attorney's office defended its calculations and said it has been expending "significant resources" to thoroughly evaluate the impact of all incidents.

"As prosecutors, we will remain vigilant in our pursuit of justice and we will continue to do our part to restore public trust and build confidence in the criminal justice system," Mosby said.

That trust has been a subject of controversy in the past few months, as the state's attorney's office and police don't seem to be in line. In March, seven Baltimore police officers were indicted for robbing people, claiming fraudulent overtime and filing false affidavits.

Baltimore police said they were not aware that the state's attorney's office was releasing updated numbers Wednesday. However, police spokesman T.J. Smith said they are "continuing to work to address the concerns that have been brought forth as a result of these situations."

Smith pointed out the importance of separating the four incidents, as they are "unique and independent of each other," adding that while eight officers are in federal prison for their criminal conduct, "the cases involving body-worn camera footage is still being investigated and no criminal wrongdoing has been proven."