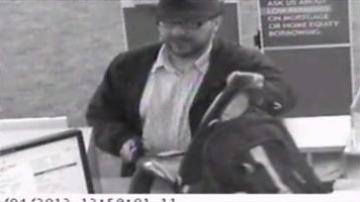 OAKLAND, Mich. -- A bank robbery suspect was tracked down after spending stolen money at a strip club.

A bank was robbed in Southfield and all the money the guy got away with was marked with red dye.

It appeared that the bad guy got away with it but three days later Kalamazoo police found the red dyed money at a strip club.

Police were able to get the guy locked up behind bars.