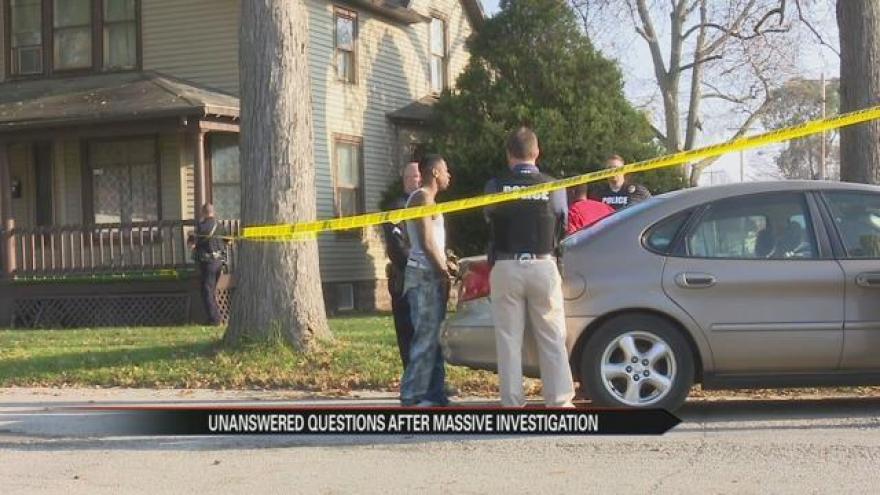 A bank robbery that led police on a chase through three cities and two counties, ended with a house raid in Elkhart.

Lieutenant Tim Williams is with the Mishawaka Police Department.

“Due to the proximity of the bank to the schools in the area, the schools were place on lock-down or lock-out,” said Lieutenant Williams.

Those schools would re-open about 35 minutes later.

Wednesday afternoon, only half a mile away, according to this witness who lives at the River Pointe Apartments in Osceola, there was a second unconfirmed scene.

“I ran home and grabbed my camera because they cam e in to my complex. I ran over there and by then more police officers were there. There’s a vehicle and the doors were open and money on the ground. It surprises me because it’s a nice area, but at the same time it doesn’t surprise me,” said Perry.

The chase wouldn’t stop there.

Shortly after the second scene was discovered in Osceola, police were led to a house on McKinley Avenue in Elkhart.

Armed officers arrived on the scene and tracked down at least one person, who came out of the house peacefully.

That person was taken to the Elkhart Police Department for further questioning.

Sergeant Chris Snyder is with the Elkhart Police Department.

“We have been in contact with people who say that there’s nobody else inside the house, but we won’t know that until we’re able to get inside the house and verify that for ourselves,” said Sergeant Snyder.

After obtaining a search warrant, that’s exactly what police did.

Police found no one else in their search of the home.

As of Wednesday night, police have not made any arrests.