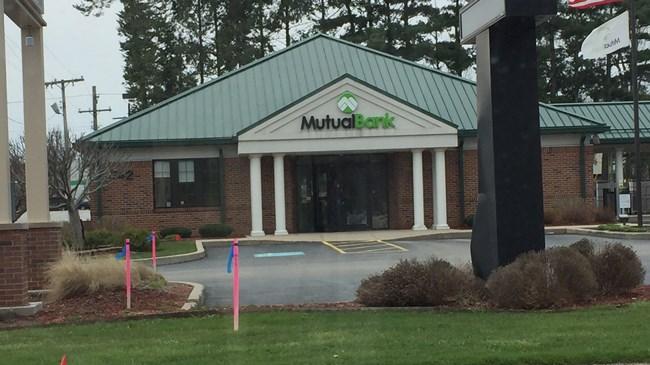 The man who allegedly robbed the Mutual Bank on Ireland Road Monday morning has been arrested, according to South Bend Police.

Police say a man in his 20's wearing a black hat, black jeans and a plaid shirt entered the bank and handed the teller a note demanding money.

The suspect left with an undisclosed amount of money.

The suspect has been identified as 39-year-old David Frohwerk of South Bend.

Police say Frohwerk used a stolen vehicle during the robbery.

Police say the arrest was made after a citizen called Crime Stoppers with a tip. They said the community's willingness to help was instrumental in making the arrest.