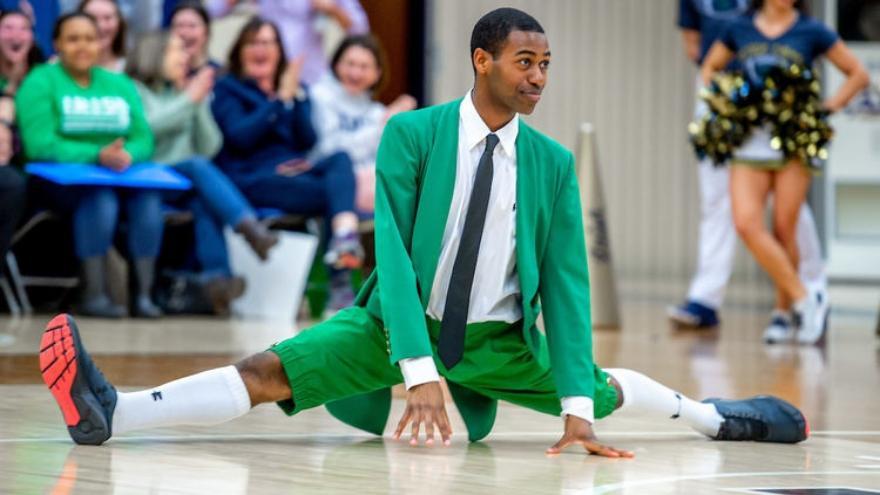 The day after the Indianapolis Star posted a story about Barstool Sports founder Dave Portnoy's tweet about Notre Dame's African American Leprechaun, responded saying the tweet wasn't racist and it was meant as a "harmless funny tweet."

The controversy began Monday evening when Portnoy tweeted, "You know what is sad? Internet outrage culture has made me afraid to say that I think the ND mascot should always be a midget looking ginger. So I’m just not gonna say it."

He included photos of three white Notre Dame Leprechaun mascots along with a photo of Samuel Jackson, the second African American leprechaun.

Jacskson responded on Twitter with, "Like it or not, this guy right here is still one of your Notre Dame leprechauns! How about we use this negative energy to bring us together this season? See y’all next game."

Wednesday, the Indianapolis Star posted a story about the controversy

On Thursday, Portnoy posted a response to a different Indianapolis Star columnist's tweet on the Barstool Sports website titled, "No Name Writer From Dying Indianapolis Newspaper Calls Me Racist For Making A Joke About The ND Leprechaun Even Though I Didn’t Make A Joke."

#2 – Even if I did make the joke which I didn’t in what world is this racist? I mean sorry when I think of a leprechaun I think of a tiny little ginger looking guy because gee I don’t know that’s how this make believe character has been portrayed since the beginning of time. Lucky Charms…ever heard of it? How is it racist or insulting for me to say a leprechaun should be a midget redhead?  Like sorry if you weren’t born as a ginger elf than you can’t be a leprechaun. Poor you.   I don’t think it should be a ripped tall white guy with black hair either.  It’s nothing personal against anybody.