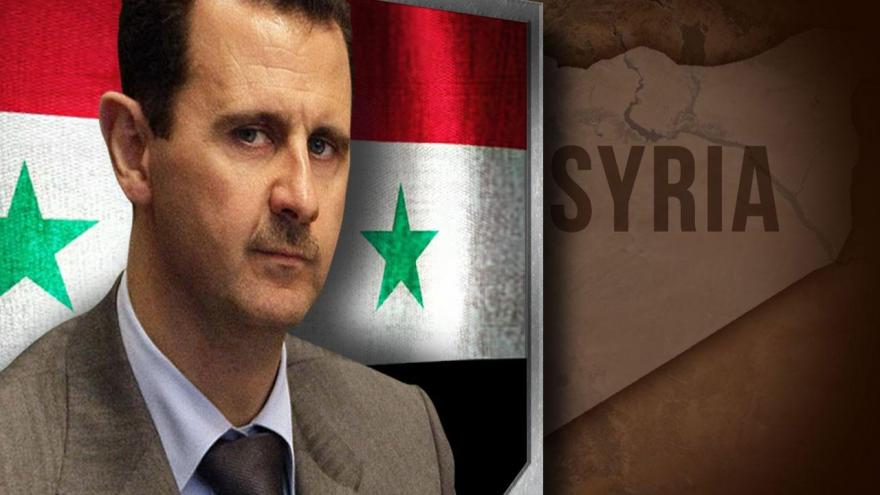 (CNN) -- Key Syrian opposition groups insist that Syrian President Bashar al-Assad should play no role in any transitional period under any peace deal supervised by the United Nations.

Saudi Arabia hosted a two-day "expanded" conference for the Syrian opposition forces in Riyadh on Wednesday and Thursday ahead of the UN-backed peace talks set for Geneva, Switzerland, to find a solution for the war-torn country.

In its draft resolution of the Riyadh meeting, Syrian opposition groups said they can't achieve fair negotiations "without the departure of Bashar al-Assad and his regime members at the beginning of the transitional period."

The Syrian opposition factions also called on the United Nations through its representative "to take immediate necessary measures to activate the political process and to correct the Geneva negotiations by holding direct and unconditional negotiations between representatives from the Syrian opposition members and Syrian regime members," the draft said.

Opposition leaders, the United States and their allies hold the Assad regime responsible for the mass slaughter of civilians and rebel fighters seeking an end to his family's decadeslong rule. US Secretary of State Rex Tillerson has also repeatedly said there is no place for Assad in Syria's future.

UN Special Envoy Staffan de Mistura said on Wednesday that Syrian opposition groups meeting in Saudi Arabia should do all they can to unify ahead of a fresh round of the UN-facilitated talks scheduled to begin on Tuesday.

The UN special envoy called for the opposition groups to take a "common line" on their country's future.

The UN-sponsored peace talks are part of a "road map" for peace detailed in UN Security Council Resolution 2254, which the council adopted in December 2015.

Among the provisions, the resolution called for a political transition aimed at establishing "a credible, inclusive and nonsectarian governance" in Syria. It also foresees that negotiations will result in a new constitution and transparent elections.

Opposition groups have demanded an end of nearly 45 years of Assad family rule but Assad hasn't offered any indication he would step aside. Ahead of earlier negotiations last year in Switzerland aimed at ending the civil war, Assad's chief envoy said Aasad's political future was nonnegotiable.

Chief diplomats from the United States, Britain and other Security Council nations have previously said Assad must leave office as part of any peace deal, arguing that Assad has lost his credibility to lead his country. But while the UN resolution calls for a political transitional governing body with full executive powers, it doesn't mention or explicitly exclude Assad.

Earlier this week, Russian President Vladimir Putin said Russia, Iran and Turkey agreed to hold a "congress" in Russia that would bring together Syria's warring factions for the peace talks. Putin's comments came after a meeting with Iranian President Hassan Rouhani and Turkish President Recep Tayyip Erdogan in the Russian Black Sea resort town of Sochi.

Putin and his government have been among the chief supporters of the Assad regime, both militarily and in helping to negotiate ceasefires in the country's long-running civil war.

Since the war began in 2011, an estimated 400,000 Syrians have been killed, according to the United Nations. Assad has ruled Syria as President since July 2000. The ongoing violence against civilians has been condemned by the Arab League, the European Union, the United States and other countries. As of March 2017, more than 5 million Syrians have fled the country and 6.3 million people are displaced internally.