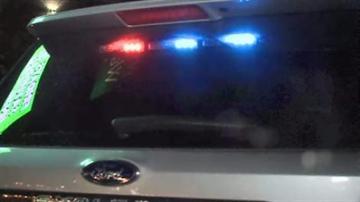 SOUTH BEND, Ind. -- From routine traffic stops, to enforcing alcohol laws and keeping drunk drivers off the road, the State Police are teaming up with local officers to help keep the peace after the BCS Championship.  And they say they are prepared for just about anything.

"We are here to ensure public safety, make sure the students at Notre Dame and the citizens of St. Joseph County are safe tonight." Excise officer, Corporal Jason Szemes explained.

Whether people were celebrating after a big win or rioting after a loss, officers expect the streets to be packed after the game.

Police say they know how passionate Notre Dame fans can be.  Even with the game being hundreds of miles away, law enforcement in Michiana prepared for this game the same way they prepare for home games.

"The mission is still the same, enforce the alcohol and tobacco laws of Indiana and ensure public safety." said Szemes.

Liquor stores near Notre Dame and off the toll roads were extra busy as people stocked up for their watch parties.

We caught up with one man who bought beer, jumped in his car and sped down the road without his seatbelt.

His excuse?  He told police he was rushing home to catch the game.

Officers said that no matter the outcome of the Championship Game, as long as people had a safe night, their mission was accomplished.