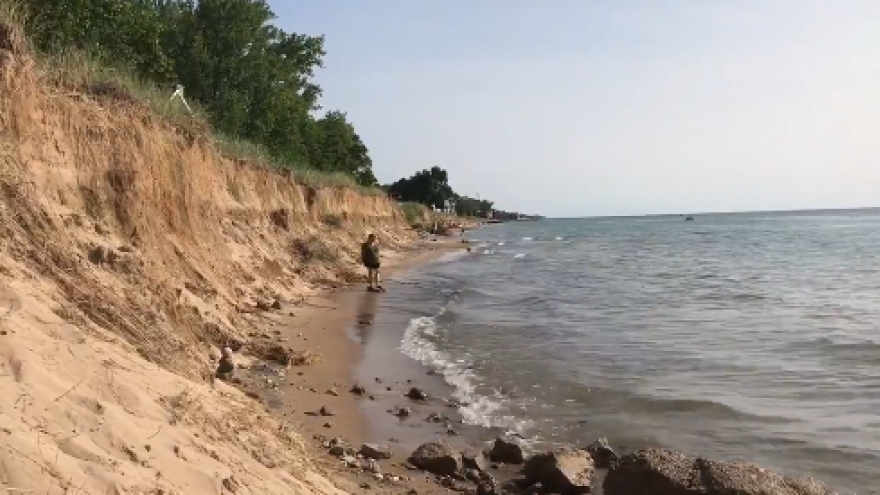 The official data for June from the US Army Corps of Engineers is in, and all-time water level records were broken. Lakes Superior, Erie and Ontario each broke their record for average monthly water level for the month of June. 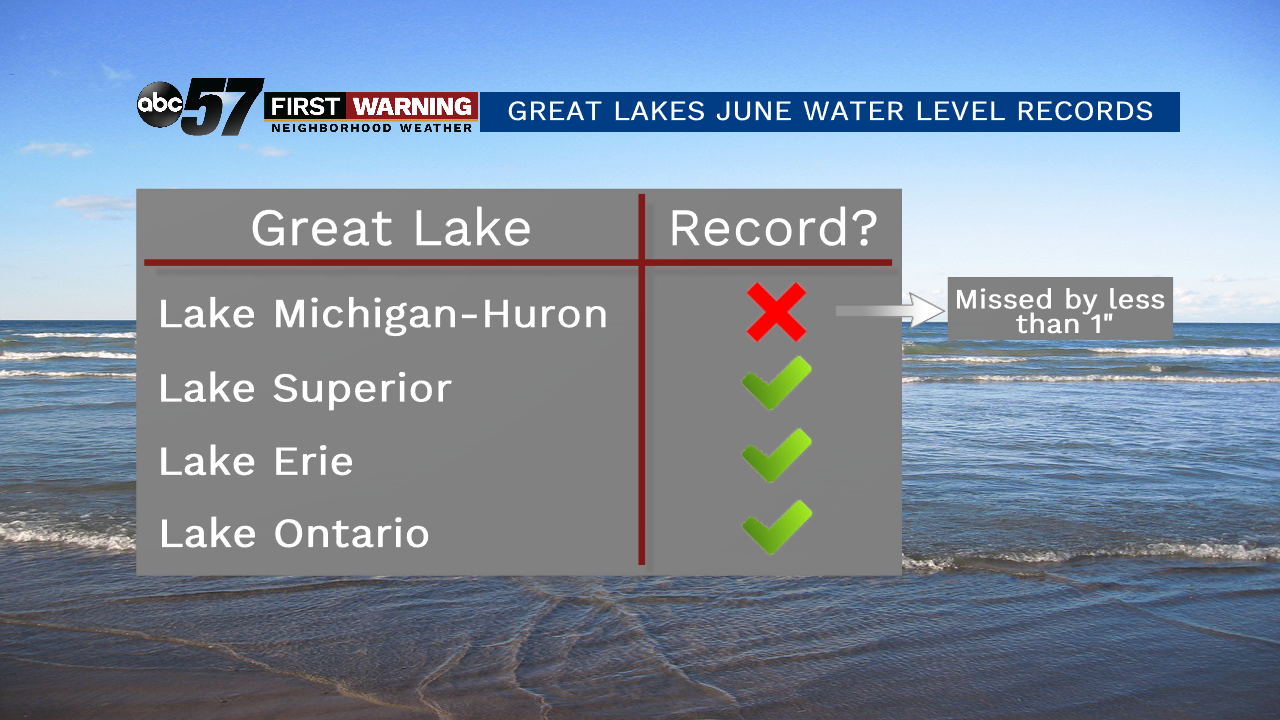 Lake Michigan-Huron fell less than one inch shy of breaking its June record. But water levels didn't stop rising once July got underway. The month's first update back on the 5th showed the lakes continued to rise. 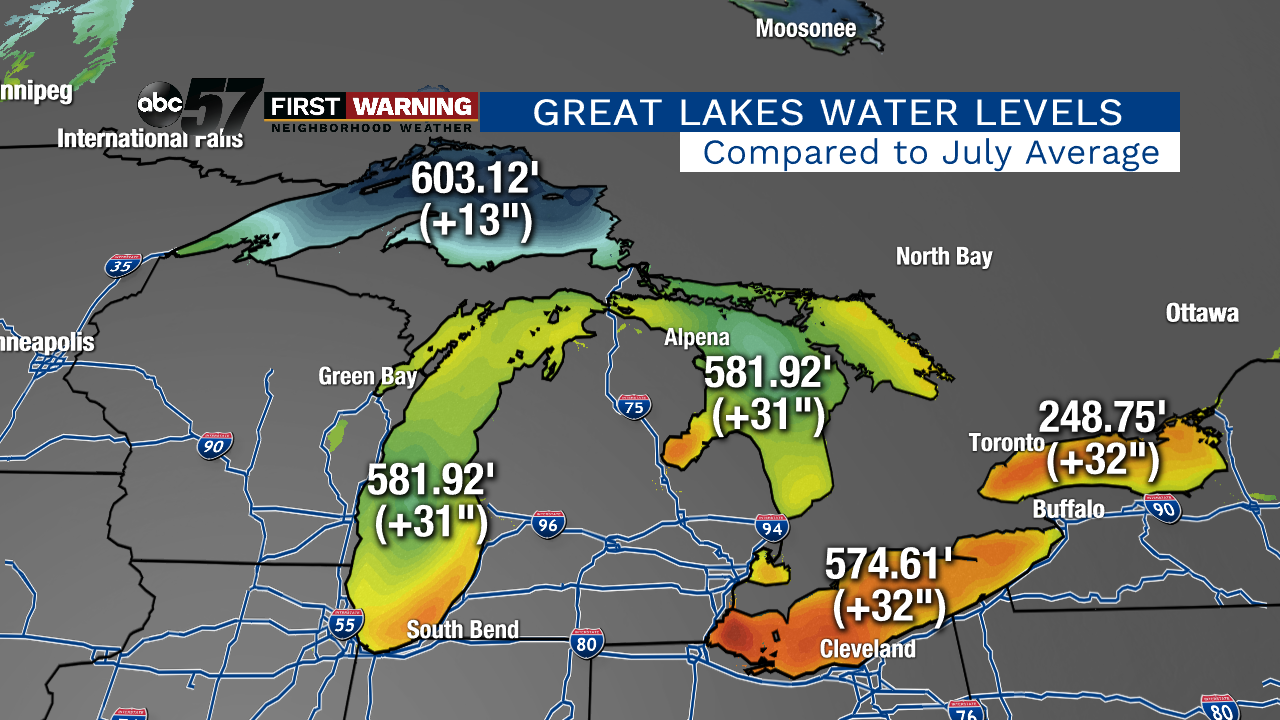 Great Lakes water levels as of July 12th compared to the all-time monthly average for July.
Now, though, we may be seeing the water levels heading down, or at least plateauing. Lake Michigan-Huron, for example, is forecast to remain steady for the first time in months! According to the latest report, the lake is not expected to rise or fall over the next month. Regardless, it is pretty much as high as it ever has been in July, and problems are still plaguing lakeshore communities.

As you can see in the video clips above, beaches continue to erode, waves easily wash up and over piers and jetties and flooding is and will continue to happen.

Notice the large area of water covering what is typically beach area in the South Haven video. Whenever northerly winds and large waves are expected, the high lake levels will allow for elevated risks of coastal flooding and beach erosion.

The erosion along Lake Michigan is incredible in spots. This is the south end of Silver Beach. It was nowhere near this last year. This was all a publicly accessible beach. ??? #MIwx #LakeMichigan pic.twitter.com/3nQSHihwrA

Some areas are being hit harder than others. For example, the stretch of beach between Silver Beach and Lions Park Beach in St. Joseph is pretty much non-existent courtesy of the extremely high water levels combined with occasional high waves and strong winds.

It's a complete drop-off from grass above to water below. There's nearly no beach or space to walk without the water washing up underneath your feet.

Parts of the beach in Benton Harbor are also reportedly being eaten away by the lake, leaving little to no beach area behind.

These kinds of scenes will remain possible -- not necessarily as severe -- all across the Great Lakes as long as water levels remain this high. And, according to the US Army Corps of Engineers, Lakes Superior, Michigan and Huron are forecast to remain at their current levels through at least mid-August.