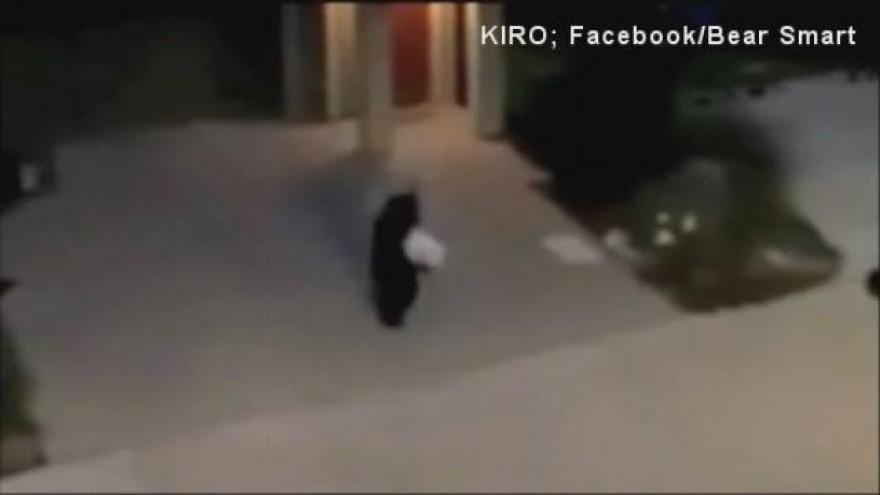 ISSAQUAH, Wash. (CNN) -- A resident captured video of a bear stealing his neighbor's trash. It then walked away on its hind legs.

"It looks like a person in a bear suit until it gets down on all 4 legs," said Robbie Shineman.

Video shows the bear reaching into a garbage can, grabbing a bag of garbage, then walking down the curb towards her cub.

The new neighborhood in Issaquah Highlands is built right next to the woods.

Sergeant Kim Chandler of the Washington Department of Fish and Wildlife watched the video.

"He's got his hands full, you can't put all four of them down and walk away," said Chandler.

He said he's seen bears walk on their hind legs like this twice before.

He added, although it makes for a cool video, the residents should not have left the garbage outside.

Nadine Drisseq of Bear Smart saw the video and went door to door and to educate neighbors.