Humans aren't the only ones who get a little grumpy when they are cooped up indoors. After a cool start to May, honeybees are desperate to get out of their hives.

Honeybees can fly with temperatures above 50 degrees. This year, we had those temperatures in March and April, so bees got an early start to the year. However, the first part of May was cooler, and bees retreated into their hives.

A bee swarm on a tree. Krispn Given, Purdue

"It was cold, it was horrible, so the bees are pinned up," he recalls about early May. "They're crowded in the hive, and then the first day it was relatively warm, I'm talking 60 degrees, they were desperate to swarm."

In fact, Given expects unprecedented swarming because of this unusual weather pattern. Swarming season is typically in early May, but this year bees could still be on the move in early June.

Swarm might seem like a scary word, but Given says you don't need to panic. As bees swarm, they're looking for a new home away from the overcrowded hive. The queen and a portion of her colony relocate as a giant group. Typically as they do this, they calm and don't have the intention to sting. 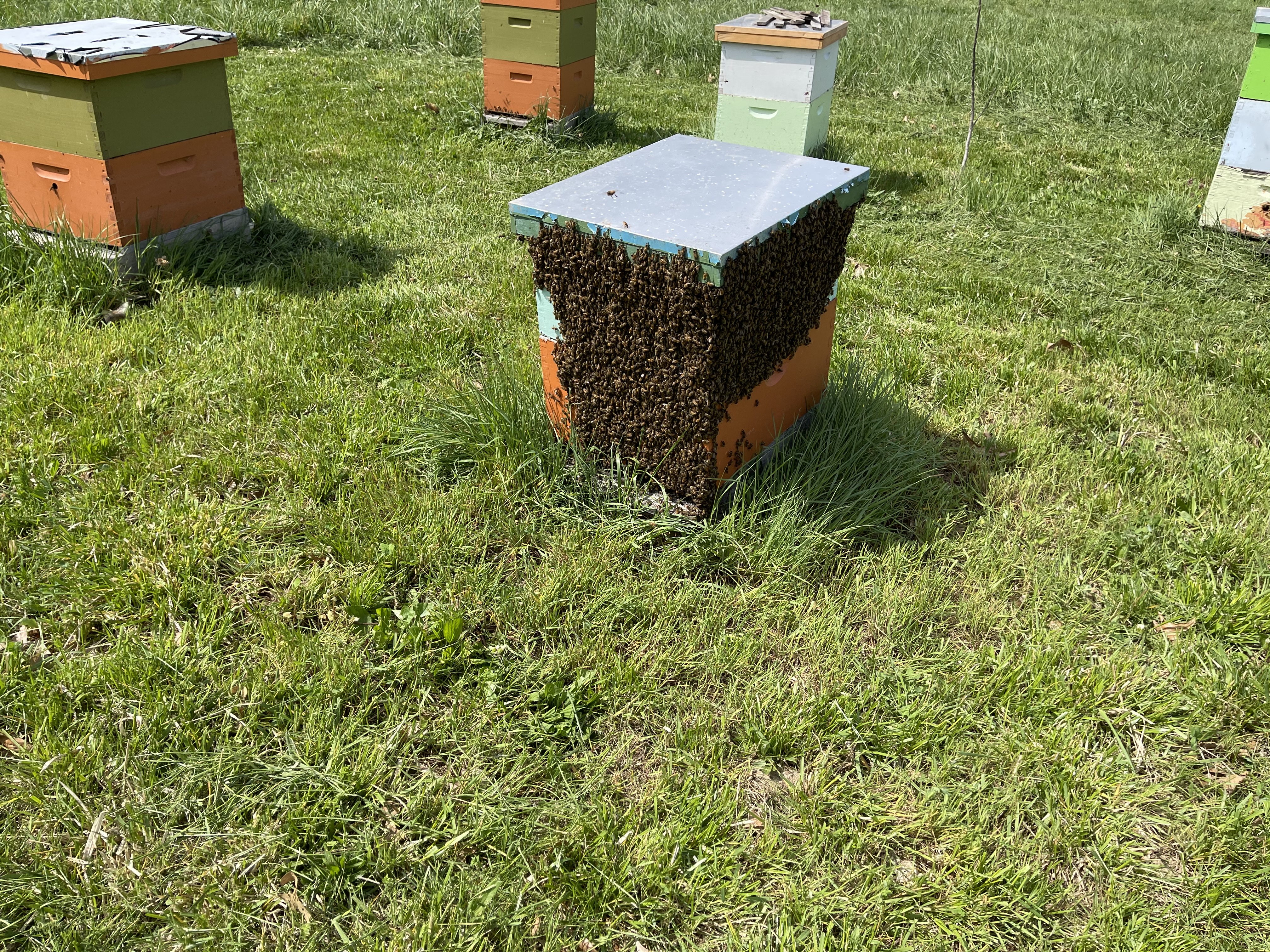 A swarm of bees outside of a beehive Krispn Given, Purdue

Unfortunately, the swarming bees might choose a less than ideal location to make their new home. Hollow trees are a common choice.

"If you see a swarm of honeybees in your backyard, don't freak out and call an exterminator to spray them," instructs Given.

Instead - call a beekeeper. There are multiple beekeepers across both Indiana and Michigan who are willing to pick up a swarm of bees from your yard. They will keep the bees in one of their own hives. This means more honey for the beekeepers. Click your respective state for a list of beekeepers willing to help you with bee relocation. 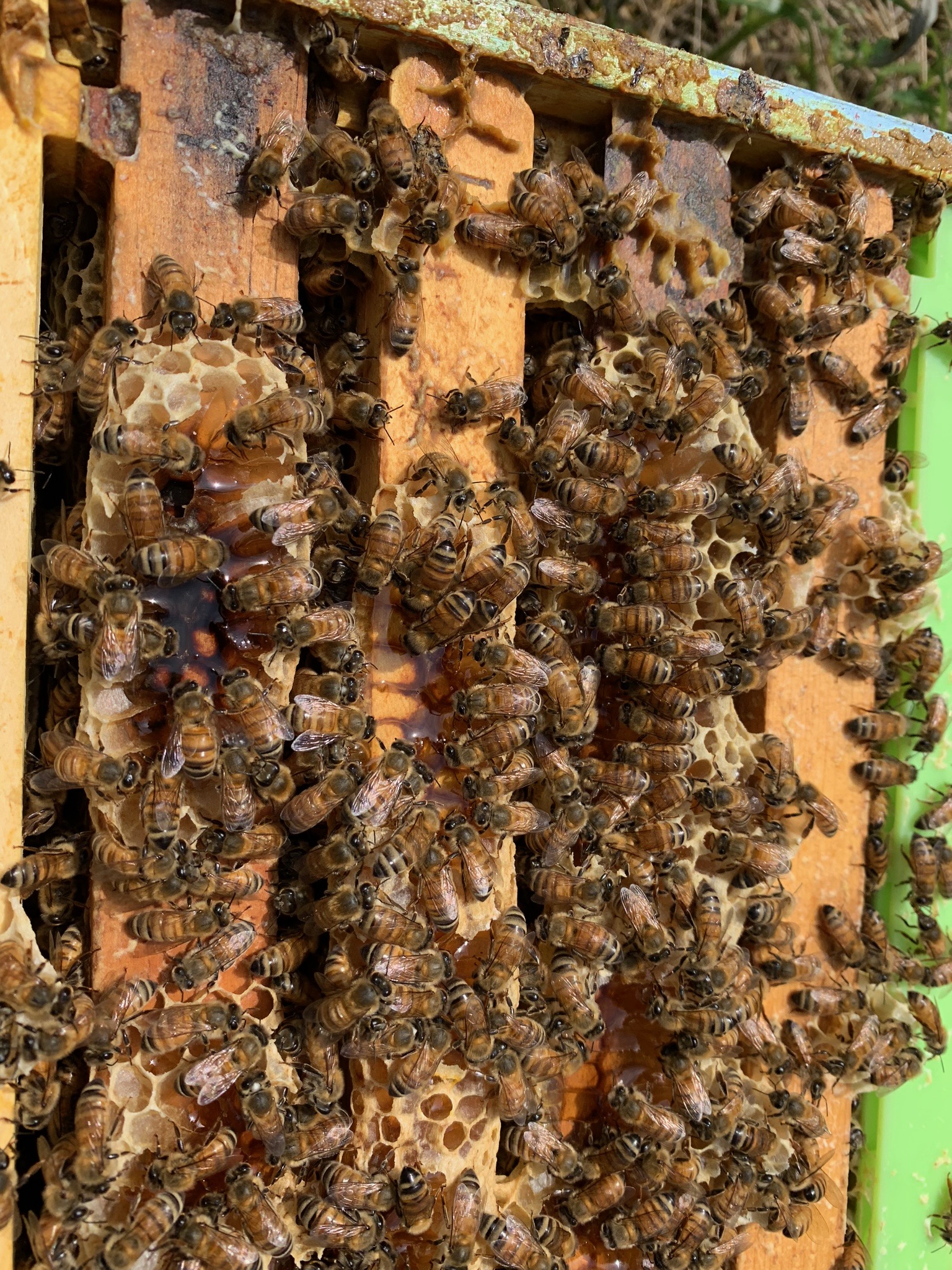 Even though they were cooped up recently, swarming is a sign of good health in bees. You'll see them flying on days above 50 degrees with wind less than 20 miles per hour, out and about, pollinating the flowers. Their resilience is what Given loves most about bees.

"The collective performance of the colony, behaviorally, how a group of individuals works together so well and organized, and their ability to overcome obstacles... I mean, the weather we've had lately, has been challenging," he says. "But they're very resilient and able to bounce back."