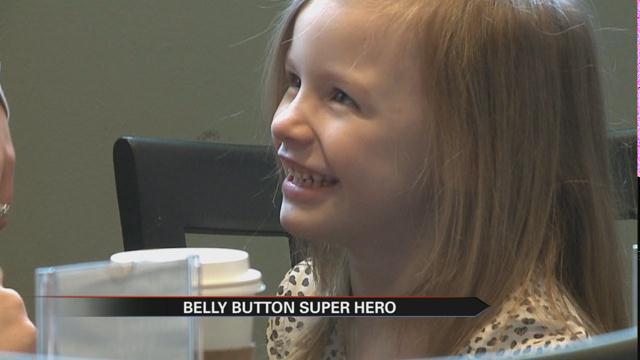 Gastroschisis is a condition that you may not have heard of, but about one in every 2,000 babies are born with this condition according to the National Birth Defects Prevention Network.

With this condition, babies' intestines and stomach are formed on the outside of the body. Surgery after birth is necessary in order for life to be sustained.

The Cowan family of Buchanan, Mich. was pregnant with their first child when they learned about this condition. It was around 20 weeks of pregnancy and shortly after they found out they would be having a baby girl.

The day they got the diagnosis is one that Bethany Cowan will never forget.

"It's one of those moments that will stick in your mind for the rest of your life. I can still tell you what I was wearing, what the room looked like and everything else," said Cowan.

She recalled the rest of the pregnancy was a blur of excitement and fear. Baby Cecelia was safe inside her mother's tummy but the day she was born could mean the worst.

“Without surgery, the baby will die because there's no other way to treat it. Infection is a huge issue.”

When Cecelia was born the bottom half of her organs were on the outside of her body. She had to spend days in the NICU where doctors had to perform surgery to put them inside her. At just five days old surgery was done to close them up inside her little body.

Cecelia is turning five on Friday and she is proud of her belly button scars.

When babies have surgery for this condition, they lose part of their belly button, making them a "Belly Button Superhero."

During this hardship when Cecelia was born, the family found a lot of hope and comfort in Avery's Angels Gastroschisis Foundation.

It is a non-profit organization founded by a mother who lost her son to gastroschisis at only eight months old.

This organization raises awareness, provides funds for research, and brings support to families like the Cowan family.

“We don't look at what we've been through and think ‘oh this was just so horrible, and woe is us'. We're blessed because of the different perspective on life it has given us,” Cowan said.

Since Avery's Angels helped them so much, the family now wants to give back and to do so, they're creating a 5K run/walk called "5K Superhero for Belly Buttons."

“We had this idea to start the 5K because these babies are super heroes and what better way to highlight some super heroes than have people dress up and do this walk and run,” Cowan said.

The money raised from this event will be donated Avery's Angels Gastroschisis Foundation.

I'm dressing up as Batgirl for the race because she's my favorite,” Cecelia said smiling.

For more information, visit Superhero Run for Belly Buttons on Facebook or contact by email at [email protected]