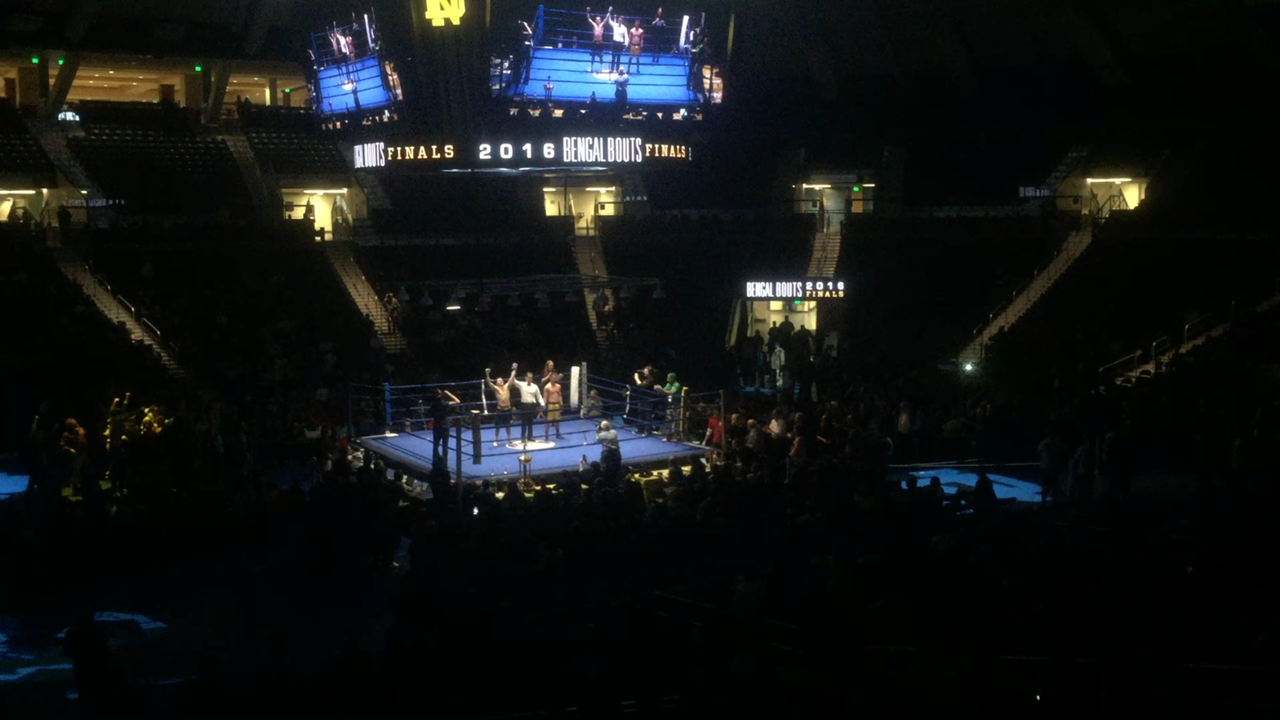 Sunday marked the 86th Bengal Bouts at the University of Notre Dame, an annual boxing tournament that raises money for the Holy Cross Missions in Bangladesh.

“I went and took a look at it a few minutes ago. It’s big time. It gets the butterflies going for sure. I’m excited,” says Michael Kappaz, a junior boxer at Notre Dame.

Just moments before Michael Kappaz took to the ring in his first Bengal Bouts final, he reflected on what makes this tournament so unique.

“You know, I’m good friends with the guy I’m about to fight. We’ve sparred a couple times, we workout together, we train together. It’s definitely a different feeling than going in the ring against someone you just don’t know. It’s a cool experience,” says Kappaz.

“He’s a great kid. It’s going to be a great fight,” says Coscia.

Both Coscia and Kappaz are hoping to take home one of these jackets, like 2015 champion and alumni Pete McGinley, who relishes in the real reason the tournament exists.

“It’s a great workout and all that stuff, but it really has the underlying missions is what keeps people coming back. Making the sacrifices that we make to be a part of it,” says McGinley.

McGinley was fortunate to go to Bangladesh and see firsthand how the money the tournament raises helps those in need.

“This push up, this sit up, this extra dollar that we’re raising, I know exactly what it’s for, where it’s going. Everything changed for me,” says McGinley.

Father Brian Daly is a coach with Notre Dame boxing and has seen firsthand for over a decade how every dollar is used.

In the ring, fighting for themselves and for people in need halfway around the world.

And for Michael Kappaz, victory is very sweet, on multiple fronts.

“Little amounts of money can do so much so it really does make a difference and it's good having that in the back of your head knowing that what you’re doing is for the greater good. It gives you more motivation to do well and raise some more money,” says Kappaz.