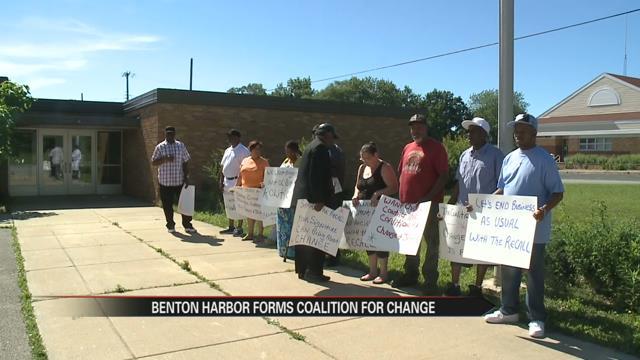 It has been 12 years since over 300 police officers took to the streets in Benton Harbor to control rioting.

In 2003, the city erupted in violence after 27-year-old Terrence Sturm was killed in a police chase.

Over a decade later, one group of residents has officially formed the Coalition for Change and Justice.

The residents say they believe this may be the solution to change in Benton Harbor and Benton Charter Township.

Lately, the attention given to other riot-torn communities, like Ferguson and Baltimore, have forced people in Benton Harbor to want change.

That's why they've come together to start the coalition, because they feel nothing has changed since the 2003 riots.

"They are fed up with the police harassment, police brutality, and racial profiling," says the spokesman for the group, Jerry Thomas.

Many of the members say they have experienced racial profiling and police brutality first hand.

They want the coalition to be a voice for the people of Benton Harbor and Benton Charter Township.

They hope the group will act as a middle man when dealing with community issues.

It's something they believe hasn't been available to the residents in this community since the riots.

Officials with the coalition say their first order of business is recall some city leaders in Benton Charter Township.