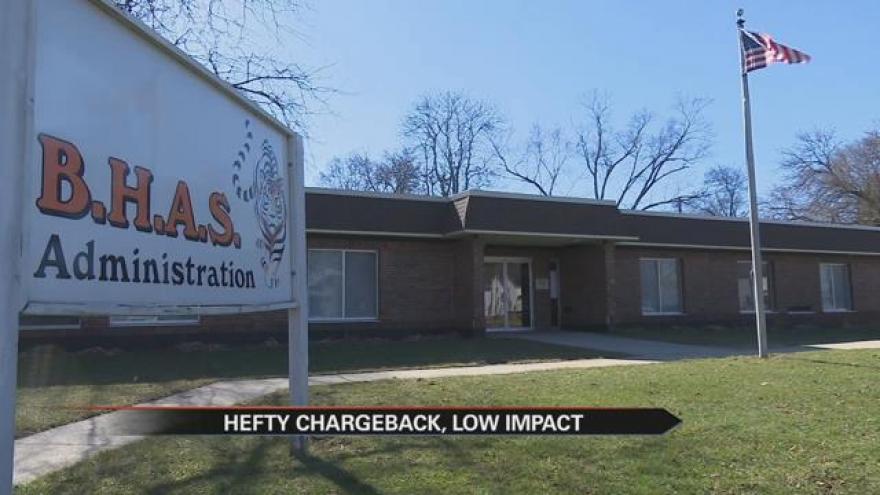 Unpaid taxes in Berrien County mean high chargebacks for Benton Harbor Area Schools, but the district says it has it covered.

It’s a reassuring statement for parents of Benton Harbor Area Schools’ students, despite a pesky problem hitting the district’s pocketbook that ABC57 reported on nearly three weeks ago.

“A chargeback is when we have to either foreclose on a piece of property or when the state agrees that a value of a property should be lower,” Berrien County Treasurer Bret Witkowski said. “We have to then charge back a local unit those taxes which they’ve gotten already.”

Consider a chargeback a give-back in a time of need from publicly funded places like schools.

Johnson said the district will see chargebacks of roughly $315,000 this year.

He said the district has $175,000 set aside for it already, and will cover the remaining cost with money stored in a contingency fund.

A significant number of foreclosed homes within the school district are to blame for the high rate, according to Witkowski. Plus, some nearby stores appeal to the state for lower tax rates.

Witkowski said chargeback amounts are a gamble, so you can’t point fingers at the school district for not having enough money budgeted each year.

“None of us know what their chargebacks will be for next year,” Witkowski said. “Have an idea? Not even close – cause our goal is to get people to pay their taxes, and/or if we have to, sell their properties for full price at auction.”

This year’s chargebacks are significantly higher than in the past few years, but Johnson said he is confident the district can cover them without impacting school programs.

He also said adjustments made to the school’s contingency fund will be presented to the school board next month.