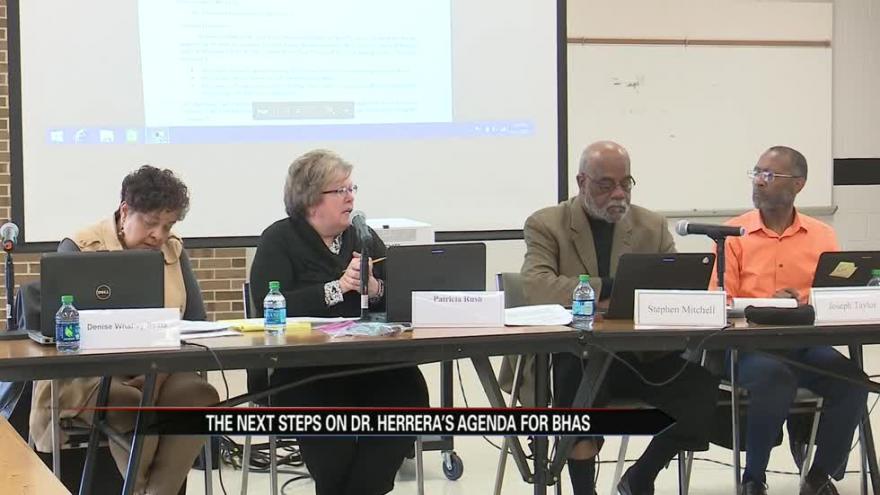 Students, teachers, and community members voiced their opinion on the future of the district.

“Since the second grade I’ve been hearing that the schools are going to close imagine being a kid hearing that,” Benton Harbor High School student Quincy Salter said.

The school board is expected to regain control after June 30th and Superintendent Dr. Robert Herrera said he’s working with the state to organize an orderly transfer of power.

Herrera was appointed in 2018 to turn the school district around.

“It’s going to be difficult moving forward but if the board and myself are truly committed we are going to get somebody in here and commit to letting somebody to facilitate a conversation and we need to set these channels of communication and what the rules are and responsibilities are so all we know what to expect from each other,” Dr. Herrera said.

Dr. Herrera did specify his role in the district in the future after the district goes back to local control.

Click here to learn about a proposal Benton Harbor Area Schools Students presented at the school board meeting as a solution to the pressing matters facing the school district.