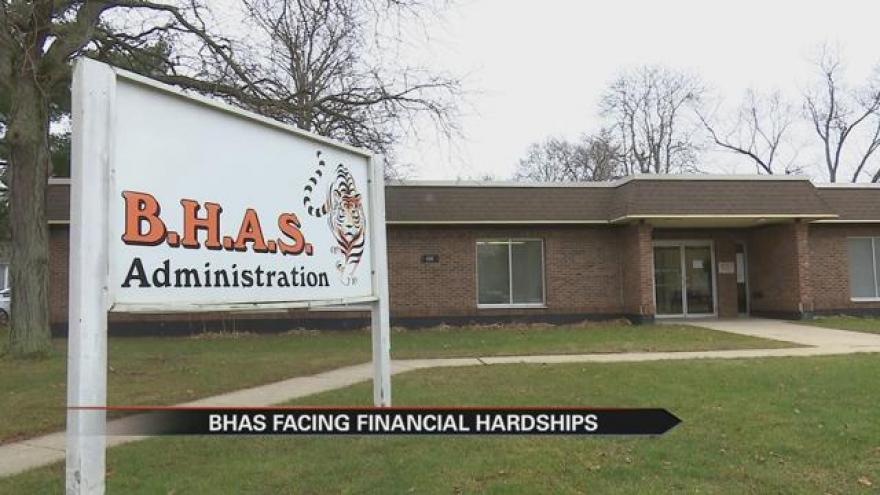 While Benton Harbor residents rallied against losing more schools at city hall on Thursday, the district learned it will lose more money.

“They’re just an innocent bystander, in my opinion in this process, because when there’s charge backs, they haven’t done anything wrong,” said Bret Witkowski, Berrien County Treasurer.

Amid its efforts to rebuild the school district, administration at Benton Harbor Area Schools now faces another challenge.

In Michigan, the county is responsible for charging back schools, townships, city and villages when taxes are not collected.

“The two biggest forms of chargebacks are properties that were not able to sell at auction for the full price and when tax tribunal lower the value of a property,” said Witkowski.

The county treasurer says an example of the latter is the Orchard Mall.

It’s value was reduced substantially last year, forcing the county to charge other taxing entities for being overpaid based on the mall’s former appraisal.

That adds up to about $32,000 coming out of the district’s pockets.

“It happens in all 83 counties in the state and it happens in all school districts in the county, Benton Harbor though, by far, gets the biggest brunt of it,” said Witkowski.

It’s another fight for the tigers.

“We’re going to have to be very creative to insure that this $312,000 we’re going to lose in taxes does not impact the students ability to learn,” said school board member Marletta Seats.

But it’s a fight they’re willing to take on.

“It’s just another storm and i think after the storm you will see that Benton Harbor can survive,” said Seats.