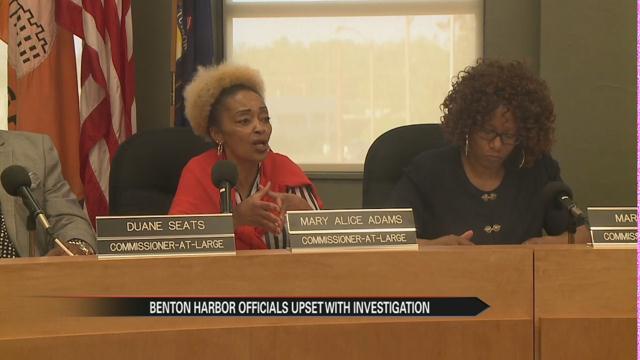 City commissioners in Benton Harbor are concerned about the federal investigation pertaining to the lead abatement grant.

Thursday, The Office of the Inspector General along with the Department of Housing and Urban Development confirmed that Berrien County's attorney was served a subpoena for county records in regards to expenditures.

In 2014, Berrien County Health Department officials denied alleged fraud allegations, but they have not commented since the federal investigation has come to town.

Benton Harbor City Commissioners were hoping to find out more information on the investigation during their meeting Monday night because a lot of residents in their district were part of the program.

Duane Seats, a Benton Harbor commissioner at-large, told ABC57 in September 2014 that he believed there was money fraud in the lead abatement program.

Seats said, “Hopefully the citizens of Benton Harbor will get their recompense from this grant being poorly mismanaged and handled.”

During the city commission meeting Monday, several commissioners voiced their concerns about transparency.

Mary Alice Adams said, “They made them look nice on the outside but they totally need to be investigated. All the way through.”

A county commissioner came to the meeting to brief city commissioners on county affairs, however, she did not bring up the federal investigation.

Seats said, “Nobody be down here playing games with a two-million dollar grant. Saying that they're investigating and have federal subpoenas and nothing happened. These people don't waste time.”

The investigation into the use of the grant is still underway, but commissioners are still left with a lot of questions.

Seats said, "And now to see that some houses are not complete, some contractors never came back, some people were paid for work that was never done is very disheartening."

ABC57 continues to reach out to the Berrien County Health Department for an on-camera interview or a statement but no one has responded yet.