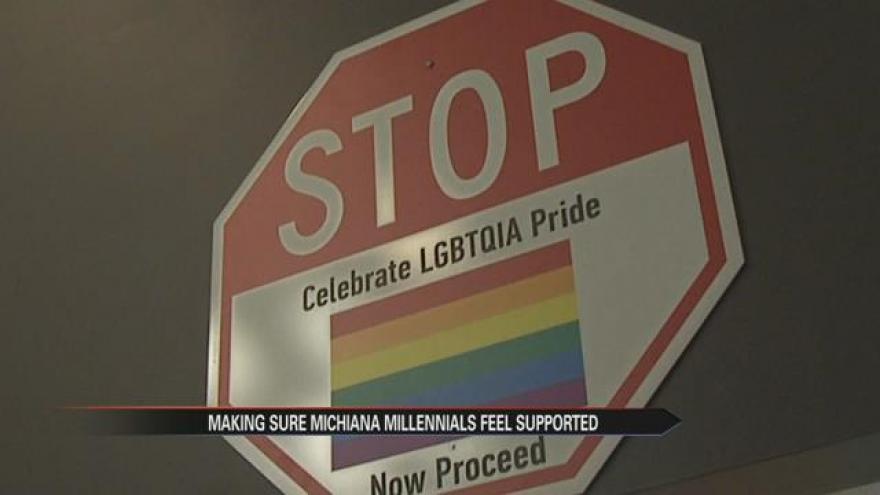 In the wake of President Trump’s Inauguration, uncertainty continues to cloud minority groups across the nation.

But a new program created by millennials for millennials, hopes to open up conversation with the next generation.

On Monday the OutCenter in Benton Harbor, hosted the first, of what they are hoping are many meetings and conversations that turn in to action.

Loon Mabians is the Teen Pride Coordinator at the OutCenter.

“I feel it’s very unfortunate that we live in a country that is such the leader in just about everything, yet they are last in place when it comes to loving the human race,” said Mabians.

One by one, millennials in Michigan, in the LGBTQ community are voicing their hopes and fears, saying in one day years of progress were halted.

Mary Jo Schnell is the Executive Director of the OutCenter.

“When I woke up and realized what had happened, if it’s possible for a soul to tear. Mine did,” said Schnell.

But their newest program titled ‘It's the skin you're in’, started by two interns, hopes to change that one millennial at a time.

Brittany King is one of the program’s creators.

“We started this group just so that millennials can have a chance to express their mind is the center of what we want to do here,” said King.

Sandy Feldman, a local psychotherapist, who volunteers at the center, as seen first-hand, the affect the rhetoric, has had on Michiana youth.

But how to stop that moving forward?

“What President Obama said rings true to me. It’s up to us on some level. And when it comes to, to be honest, the mid-terms in 2018, we are re-informed as a humanity in terms of what leadership we want to see, what it looks like and what it feels like,” said Schnell.

To start a grassroots campaign, whose seeds now need to be sown, by the faces of the next generation.

The program creators say it originally started as an 11-week idea, but hope it continues indefinitely to open up their doors to millennials who want to share their message and concern.