Benton Harbor may be unable to keep police force 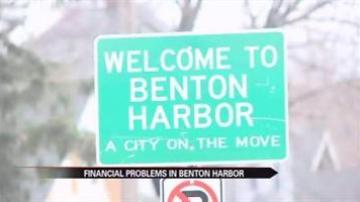 BENTON HARBOR, Mich. -- The city of Benton Harbor is looking to tackle its latest financial crisis.

Harris said since the city’s revenue was much less than expected, the city may not be able to support its own police department much longer.

If the city’s police department shuts down, the Berrien County Sheriff’s Office would have to take over.