“I have witnessed and have been on the receiving end and have seen and heard very inappropriate comments by your chief of police Dan McGinnis,” the letter reads.

Watson confirmed on Tuesday that his office received the letter.

The city manager said in an email: “In accordance with the policy in the City of Benton Harbor Employee Handbook, this matter has been referred to my office and is being investigated. That is our comment related to this matter.”

McGinnis, who leads Benton Harbor’s Department of Public Safety, said the following when reached by email on Tuesday: “No comment. If the manager is handling this, I will look to him for fair due process.”

A regularly-scheduled city commission meeting was held Tuesday night. Both McGinnis and Watson were there, but the allegations were not brought up.

The city employee who wrote the letter also asks in it for McGinnis to publicly apologize at a city commission meeting.

The employee writes that if McGinnis does not, the employee will identify herself and go public with “specific stories of his behavior to make sure this is taken care of.” 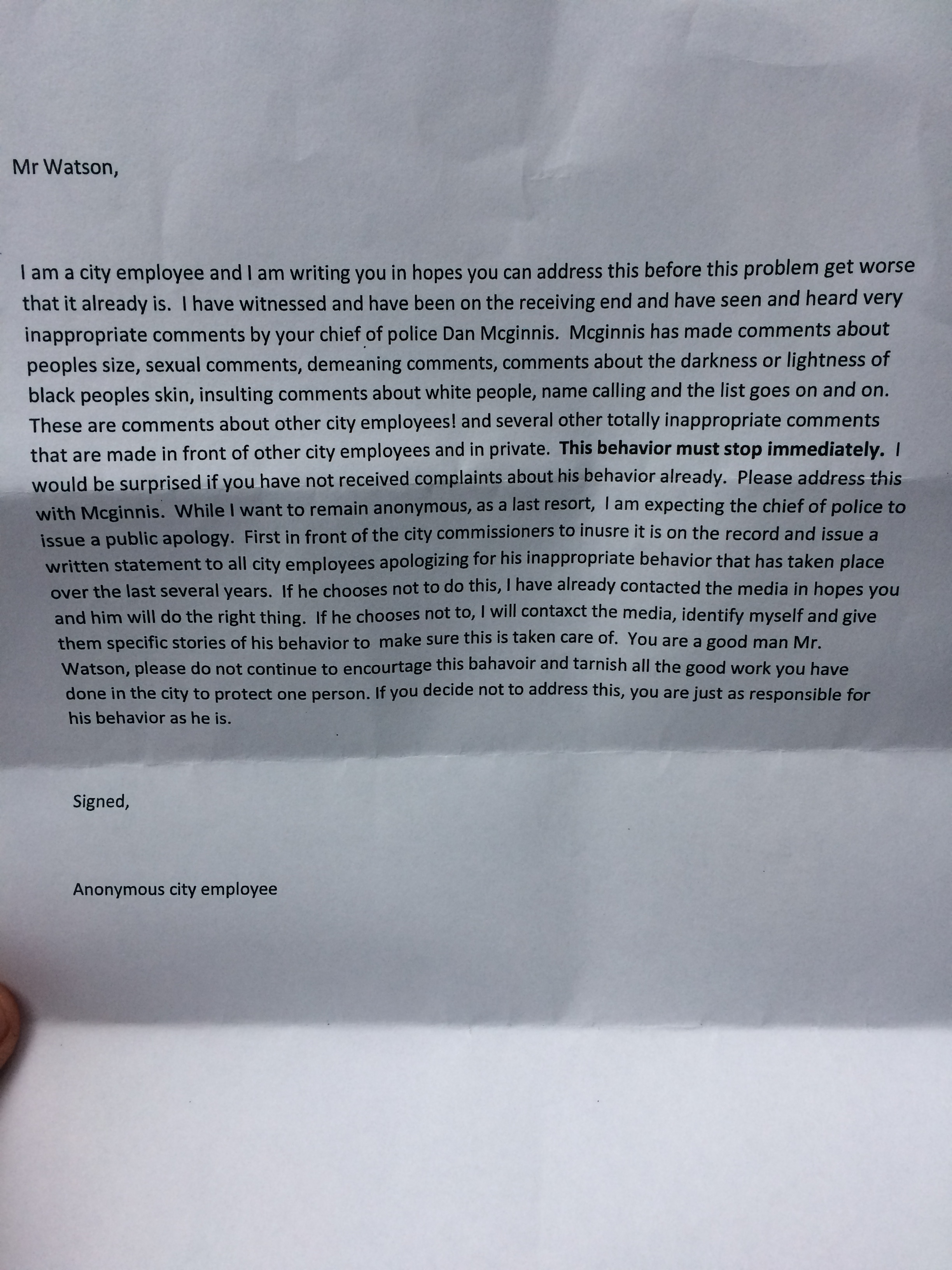