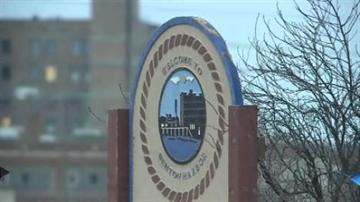 BENTON HARBOR, MI --  The next time it snows, Benton Harbor drivers may be on thin ice, literally.

The city put six public works employees, the people in charge of keeping the roads safe, on furlough Monday.

Originally, the six employees were given pink slips and laid off.  But Emergency Manager Joseph Harris said they will be furloughed, but not until after Christmas.

Now some people in the community are worried this could be safety concern, especially with Lake Michigan's lake-effect snow.

Harris said that if and when it snows, those furloughed employees will be brought back to work to clean it up and make the streets safe for the people of Benton Harbor.

But one resident said she had a problem getting the snow plowed on her street even before these employees were laid off.

"If you have heard some of the employees, they have actually had to go and plow their own streets and that was before the furloughs," said Karen Singleton.