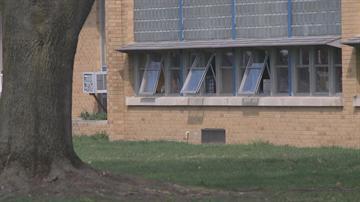 BENTON HARBOR, Mich. - Benton Harbor Area School Board idled a decision Tuesday to close three more schools in the district. By a vote of 6-1, board members decided to have more discussions on the issue of consolidation before taking any action.

The district is $16 million in debt and the consolidation is ‘phase three’ of Superintendent Leonard Seawood’s plan to get the district back on track.

Seawood fielded questions from the audience for about three hours, many about the proposed consolidation. Several times he commented on the need for a more streamlined school system.

The plan would create four 1st through 8th grade schools in the district.

Hull Middle School would also reopen to accommodate the consolidation.

“The plan is a good plan,” said Board President Anthony Jett. “But all plans you can look at and maybe there’s another option in there. We owe it to ourselves and the community to take another look at it.”

Parents voiced several concerns including the discrepancy in ages between 1st and 8th graders. Jett said the system is widely used and successful in other districts.

A decision could come as early as next week.