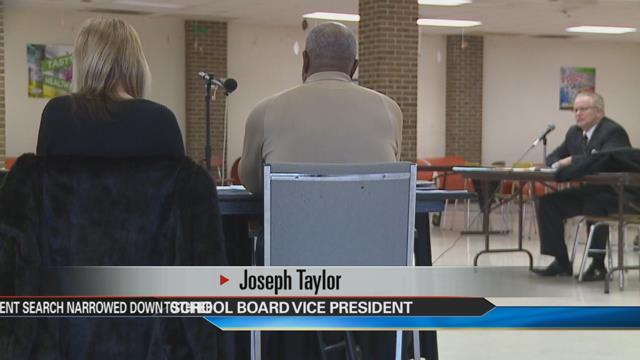 Benton Harbor Area School Board members say the hard part is over as their search for the district’s next superintendent draws closer to the end.

Thursday, the board voted on three finalists of the five candidates they interviewed this week.

Many board members looked visibly drained by this long but thorough search.

But they say they’re committed to finding the best possible candidate to take over the district.

“It’s a roller coaster, like you stated a lot of emotions, but at the same time we need to get on a steady plateau,” said Joseph Taylor, School Board Vice President.

The hours of back and forth interviews with well-qualified candidates have passed for the board.

But with the interviews out the way, came the hardest part of the process.

While the board managed to narrow the pool, community participation also narrowed as this process stretched on.

But there were a few familiar faces including the city’s mayor Marcus Muhammad.

His appearance despite the night’s turnout is assurance to this board that this search is still important to not only the school district but the entire city.

“There’s a lot of pride in this community. People are very spirited when they talk about being a tiger. That’s very important to this community,” said Lagrow.

The three finalists will not be named until Monday.

Wednesday, the board will hold a meet and greet with the candidates and do one last interview with them before making an offer.

The five candidates interviewed this week were: